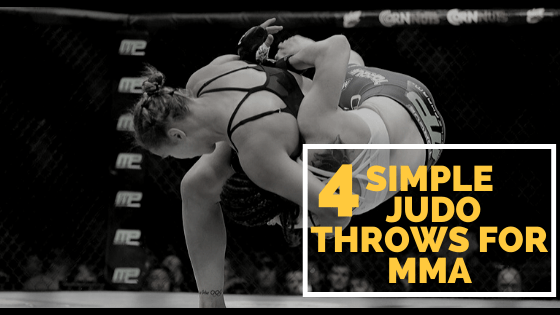 Judo throws are extremely common in mixed martial arts and for good reason. But that reason isn’t necessarily clear.

We see the highest level athletes still use them consistently, and former champions like Ronda Rousey made them a trademark of her game.

Well, why not just use the basic wrestling takedowns? They’re great until you are fighting someone who really loves the clinch; they also allow for much more control after the takedown if executed properly. You are much more likely to end up in a dominant position.

In the following article, we will go over the top 5 best throws to help supplement your game in MMA, or any grappling sport.

Many fighters have hit the canvas hard as a result of this technique, especially in MMA. When executed properly, you will launch your opponent and end up with them head locked on the bottom (with a certain variation); the headlock carries disdain in the MMA and grappling community due to the frequency of its improper use among the untrained, but if used properly, it can be a fight-ending position.

The more common iteration of Harai Goshi (especially for Jiu-Jitsu) is the under-hook variation. This variation uses the same concept as the headlock Harai, and is lower risk, but also lower reward (you won’t end up in the highly dominant headlock position).

It’s simple and it works. The Harai Goshi was very commonly used by Ronda Rousey and numerous other pro fighters. The throw is a great one to learn first off due to the vast setup ability.

Similar to the Harai Goshi, this throw is also effectively utilized by fighters like Ronda Rousey. Ronda competed in Judo at the 2008 Junior Olympic Games winning gold, so it is no surprise she is going to appear numerous times on this list.

This throw is very common due to the ease of its set up. The Uchi Mata is not only useable in MMA; if you are also an avid gi grappler, the technique translates perfectly. The throw can also be done on a kneeling opponent.

The Uchi Mata is a great throw for defending single legs and double legs; as long as you can get the Whizzer (over-hook) you are very likely to be capable of executing this throw. It allows you to see being under hooked not as a detriment, but instead as an opportunity!

The Uchi Mata is a must-have in everyone’s arsenal. This throw has long been used to thwart the high-percentage single-leg takedown. It is basically the same as the normal Uchi Mata, although the setup is just different.

One of the most important components of successfully executing this throw is that the opponent will need to be on their tip-toes, you must off-balance them to take away their base else it is unlikely to work. 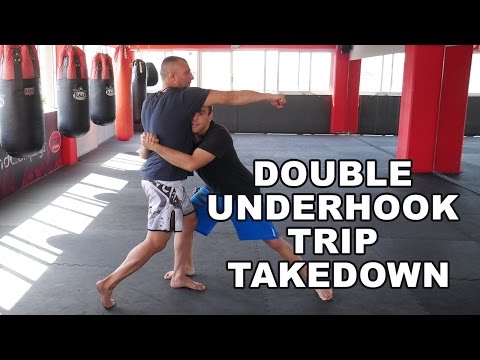 The body lock trip is more of a concept than anything, but it is a must-have if you wish to have a well-rounded game. This trip has been used an uncountable number of times by the highest level MMA fighters like Amanda Nunes and Khabib Nurmagomedov.

The body lock has been around forever, and can still be utilized at the highest of levels. If you master retrieving the body lock and retaining it, it’s a force to be reckoned with. It is perfect for MMA due to the cage, this disallows for the opponent pushing their hips back if you choose to utilize the octagon.

In order to have a well-rounded game, you cannot focus on only what you like. In order to progress and be the best version of yourself, you must venture into unknown territory and face whatever may come. This is metaphorical to the pursuit of knowledge (which is what mixed martial arts are).

If you are new to martial arts in general, expect to lose in whatever you are focusing on. You will. But that is good, losing is a necessary precursor to success. The more you “lose” in the beginning, the more you will win in the actual competition!