Boxers, who are at the top of their game, can read circumstances and run the contest at their own pace. One of the boxers, who has near-flawless footwork is Roman ‘Chocolatito’ Gonzalez.

One of Nicaragua’s finest exports, he has displayed brilliant footwork time and time again. Almost every time, he steps foot in the ring, his movement is worth observing. 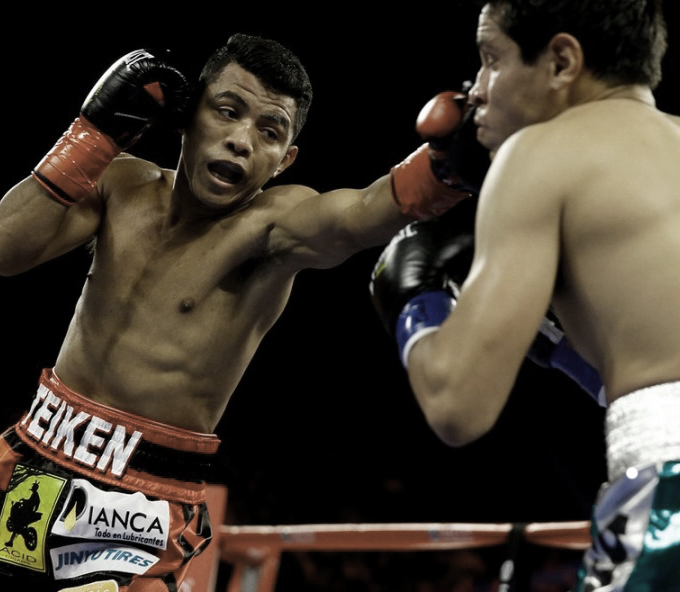 His strength lies in a well-balanced and economical movement. What makes his movement so defining is his ability to study his opponent’s position.

By consciously being aware of the torso and his feet’s position, he shifts his centre of gravity beyond the base of support.

This allows him to maintain his balance at all times and leaves him in an optimal position when attacking or defending.

With his lead foot constantly placed at the centre – pointing towards his opponent. Chocolatito usually tracks his opponent’s down using small shuffling steps without compromising his form. His step & slide movement facilitates changes in elevation and the ability to counter effectively.

Footwork in boxing doesn’t necessarily pertain to dancing around the ring. Excellent footwork is the one that’s proficient. A movement which allows stability and weight transfer when attacking or defending.

Chocolatito is the embodiment of economical motion with his proficient footwork with which he is able to manage distance, regulate punches and restrict opponent’s offence while making way for his own offences.

Frank F. O’Neill once said, “One of the prime essentials to success in the boxing ring is the clever and strategic use of the feet”. Successful footwork is not just moving across the ring but doing so with purpose.

You can see the finest check movement in his fight vs Estrada, wherein, he follows his movement in a lateral direction to cut him off. He does so again, with a quick L-step.

Knowing your position and using it to your benefit is what ultimately wins you matches. When operating from a longer range, footwork ensures the distance.

However, as you step closer towards your opponent, your footwork has to be more dynamic.

With footwork, you can move in rhythm, by improvising angles based upon your opponent’s position and thus create an opening for yourself. Gonzalez’s angling is simply a joy to watch.

He’s masterful at acquiring angles and most of the times, you wouldn’t even recognize it. These angling movements are so subtle that an untrained eye cannot spot them.

6. Sidestep with the offense

James J. Corbett once said, “Too much cannot be said of the value of sidestepping. Simple sidestepping to avoid punishment is like a job half done.

The man who uses his head as well as his hands and feet, however, will usually figure it out so as to deliver a blow at the same time he avoids one.”

What’s so significant about this quote is that Chocolatito employs this technique in his bout to a great effect. After obstructing his opponent’s vision through a straight right hand, he generally blindsides his opponent followed by a left hook and then connects with a right as the opponent is about to turn.

These movements are so clever and effective, that a bystander cannot make anything of it.

The most interesting part about footwork is when your body gets involved. When you try to sync your body movements with your legs and use them in unison to create a perfect movement. Even the subtlest of movements create a massive difference.

You’d see Chocolatito often using these subtle movements to improve his position to land a fatal blow. Throughout the bout, he moves quickly and shifts weight by skipping out to the right side. From that position, he delivers left hooks and rights.

Though initially left uncovered by the mainstream media, Chocolatito got his much-deserved mainstream breakthrough in the last couple of years. His movement is simply unparalleled and whether you’re a beginner or an intermediate boxer, you can always learn from Roman Gonzalez’s movements.