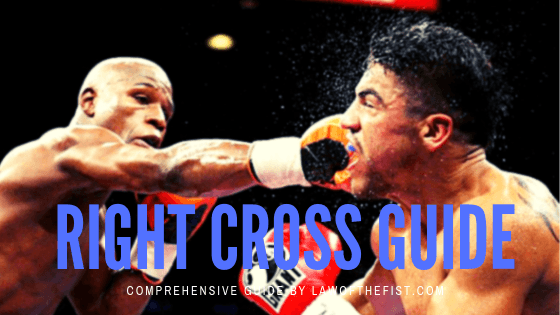 A right cross a.k.a. the straight punch is thrown from your rear hand in a straight line. While throwing a cross punch, your opponent needs to be right in front of you. As for its application, the right cross is the second-most utilized punch after the jab. And, it’s the best solution for boxers looking to attack from a mid or long range. However, like other punches, the right cross does require an extensive amount of training to achieve perfection.

Benefits of the right cross

Benefits of right cross outweigh the efforts as it’s one of the easiest punches to throw and setup. You can either throw it independently or you can use it in quick punches. Furthermore, it’s the quickest power punch when you want to attack from the outside. Having learned that, let us understand how to throw a right cross.

Before you learn any technique in boxing, get ready to put your blood, sweat, and tears into it. You want to be the best at what you do and you must work smartly. The current crop of legends who are well known for their right cross includes Floy Mayweather Jr, Zab Judah, Sergio Martinez, Alexis Arguello, and Wladimir Klitschko. These boxers have the most effective right cross.

Upon watching them fight, you’ll realize that the speed and accuracy of their cross are much more than the power. If you throw a precise and quick cross, it makes up for the power. Moreover, a right cross if thrown effectively is much harder for your opponent to defend as compared to a hook or an uppercut. Right cross is generally used in a combination with jabs. If you master it, you’ll have a significant edge over your opponent.

How to throw a right cross?

Right cross is amongst the fundamental punches alongside the jab, hook and the uppercut. Though the form of this punch is similar to the other punches, you need to follow certain steps to deliver is perfect. 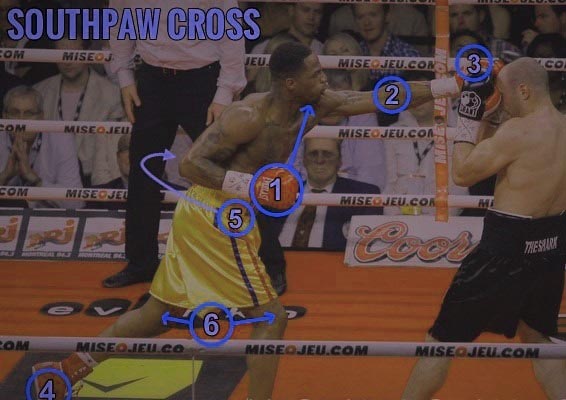 Common mistakes to avoid when throwing a right cross

Precautions to take before throwing a right cross

Since the right cross is a compact and powerful punch, a judgemental error can lead to vicious injury. Beginners often risk injuring the shoulders caused due to overextension while rotating. Don’t apply over-the-top pressure and too much force as it might upset your overall balance and the stance. Transfer of weight should take place carefully and with an action plan of how to defend the counter-attack. An ideal balance of weight will help you deliver the punch is excellent speed, efficiency, and accuracy.

Using the right cross in a combination

If you’re a beginner, you might have a hard time wrapping your head around the combinations. For this reason, you can follow the numeric table below with each move assigned to a specific number. There’s no staple combination or the one that’s the most effective. However, based upon the experiences and years of watching boxers fight, the right cross is generally thrown as a second punch after the jab and sometimes it’s used to close things off.

How to set up the right cross?

Having learned the combinations, setting up the right cross which much easier to understand. As far as the right cross is concerned, you can even throw it independently. However, the cross is most effective when used in combinations. Thus, let’s go through some of the popular setups.

Most of the beginners do not emphasize too much on the “Head-Hand-Heel” Formula which ultimately leaves them susceptible to counter. This formula is what separates an average boxer from the great one.

Through HHH formula, you not only learn how to throw a punch but also how to position your head, heel, and your heads to defend yourself when throwing the right cross.

Head: A correct head movement prevents your face from taking a detrimental blow. Be it boxing or kickboxing, numerous fighters downplay the role of head movement when defending, though it’s the most important aspect.

Defensive movements from head such as weaving, ducking, slipping, bobbing and snapping are crucial to nullify your opponent’s counters. Inarguably, Ali in his prime was the finest specimen to showcase this ability of head defense. He would weave, duck, slip and bob around them as if he was facing amateurs.

He used to frustrate his opponent by preventing him from landing his best blow and then would deliver his own combination. Few effective head movements when tasked with defending a counter-attack include:

Hands: Similar to the head movement, a hand movement can be used in numerous ways to defend an incoming shot. You can use your hands to effectively parry, stop, block or redirect your opponent’s punches.

When using your hands, you shouldn’t overly rely on blocking mechanism and instead focus on these diverse defensive techniques. Because, if you’re just deploying block-block-block mechanism, your opponent will understand your game plan and will work his way through your defenses.

Furthermore, using parrying and redirecting leaves your opponent in a tough spot and in most cases, you might hurt him without even trying to be offensive. Few effective hand movements when tasked with defending a counter-attack include:

Heels: Heels or footwork works hand-in-hand with the head and hand movements. By using your heels or footwork, you can step-in, shuffle, circle around your opponent.

With effective footwork, you can understand, when to plant the foot, put your head up and start throwing bombs at your opponent. Imagine yourself in a scenario where you’re tasked against a big right coming your way.

Here’s how you can use your heels to defend and set-up a counter.

I hope this all-inclusive guide on right cross helped you learn about this great boxing move. If you’re just starting out, make sure to read our comprehensive boxing guide which is designed for beginners. Work on your cross and use it to great effect in the fight. Like depicted above, you can not only use this move for attack or wrap up the combinations but also defend.