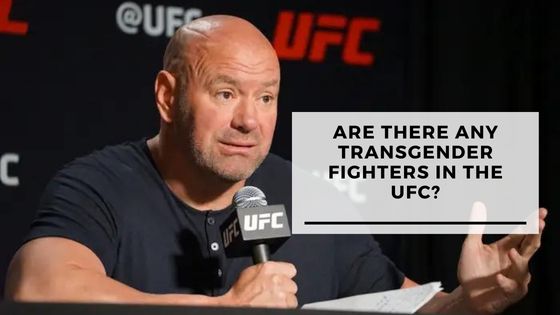 The UFC’s policy on transgender fighters is pretty simple. It boils down to four major policies:

First, the transgender person has to disclose to the athletic commission that they are transgender.

Secondly, the UFC is supposed to monitor their testosterone levels and make sure they are at an acceptable level if they are fighting in the women’s category.

Then they are expected to go through a series of drug tests like every other athlete.

Thirdly, during the fight week, the UFC monitors their hormonal proportions.

And finally, the UFC ensures that their muscle mass and BMI must be within the upper limit prescribed for women.

What is Dana White’s stance on transgender fighters fighting in the UFC?

From all indications, it seems like the UFC is still a long way from allowing trans people to compete, and people may simply label Dana White as transphobic based on what he has said about trans people.

What is Joe Rogan’s stance on transgender fighters?

Why are there so few transgender fighters in MMA?

There are two main reasons why there are so few of them. Firstly, the transgender community compared to the general population is small. Secondly, the sight of transgender people in sports typically raises a lot of controversy and eyebrows.

The controversies usually stem from two schools of thought: one side claims that transgenders, particularly transgender females, often have an unfair physical advantage because they were once males.

The other side contends that because they are women and have undergone all the necessary medical procedures to verify their gender, they should be permitted to compete on an equal footing with other women.

Nevertheless, looking at the media reporting and people’s reactions to Falon Fox’s win during her career gives insight as to why transgenders might not find competing in mixed martial arts attractive. If the controversies hadn’t been as intense, perhaps things would have turned out differently.