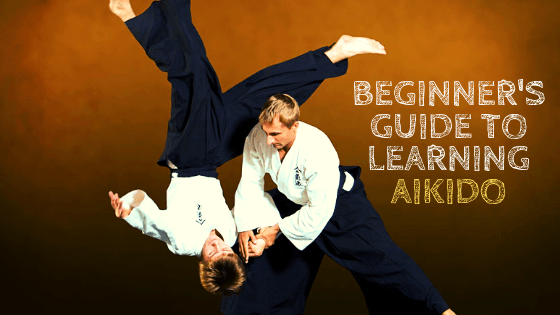 The origin or the introduction of Aikido was an idea thought of and actualised by one of the ancient martial arts masters, Morihei Ueshiba who lived between the year 1883 and 1969. Having mastered several other traditional arts of fighting, Morihei decided to come up with his unique technique which did not require lots of energy to practice.

The entire art depended on circular motions which blended vigorously with the attacker’s energy. His central underlying philosophy behind this type of fight was that victory was never an expression of defeat over one’s opponent but instead a resolution of any discord rightly within oneself. Meaning, the idea was to push away all fight from oneself without causing extreme injury on the aggressor.

In this article, we are going to discuss critical guidelines helpful to those who are just joining the Aikido training. We will focus on the essential movements and techniques which emphasises body balance and enhances flexibility. At the end of this training, the student should be able to have full control of their mind, body and movements and be in a position to maintaining calmness in their postures.

One thing you must remember, not all of these Aikido techniques are ‘soft’. Some of them such as those involving the joints, elbows or wrist may inflict pain at times despite being of natural bending. The pain, however, may not be permanent.

Like any other martial art, Aikido has got its basic rules and requirements needed in its practice. As a beginner, you first of all need to learn of the following;
First, attire. These are mainly the training gears.

The Keikogi or Gi

This is a special suit worn during the training session of Aikido art. Its design matches the essentiality of its utilization as it gives you the freedom to move easily in your preferred direction. 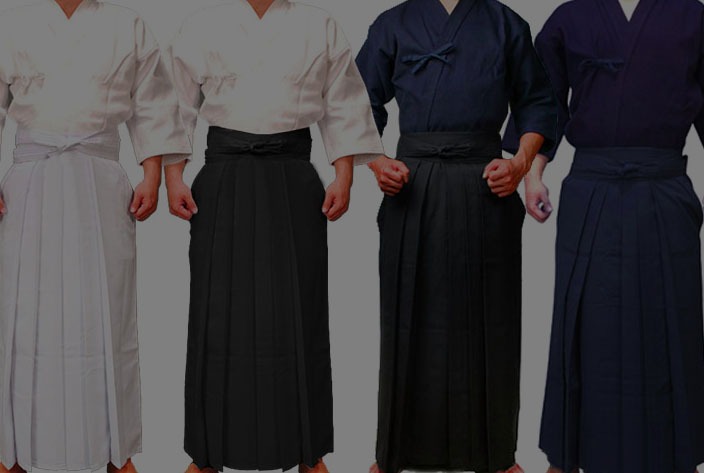 For those who are just joining the training and still do not have one, they are often allowed to come in a loose-fitting trousers and a T-shirt after which when those are worn out, they can buy the purposely-built Gi suit. 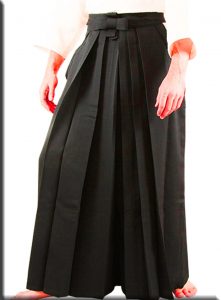 These are other special culottes designs worn during the Aikido practices. Different clubs, however, might have various restrictions on its utilisation. In this case, newcomers are never allowed to wear them until they reach the Orange Belt grading level.

Just like in formal school there is graduation from one class to the next, so it is with Aikido training. When you join, you automatically start with a white belt often bought along with the Gi suit.

With time as you upgrade your skills and techniques, you will receive other differently coloured belts indicating your level at any point of your training.
The following is a list of different grading and means on achieving them.

Note that wearing these belts is very vital as they show respect and more so inform your opponent of your skills.

Like in all martial arts, etiquette is a very paramount skill one needs to look into as much as learning the physical techniques seriously. When right etiquette prevails, the entire dojo atmosphere feels fertile for the thriving of one’s self-awareness as well as intuition.

Right upon your joining, it may not be expected that you learn all of them. However, you grasp the essential ones the rest you can learn when your regular classes begin.

Whenever you are the training hall, dojo, you are always required to perform a Ritsurei which is a standing bow while facing the instructor.
Before entering the mat (Tatami) ensure your Gi and Obi which are the suit and the belt respectively are tight enough. Then approach the mat, slip off your shoe and bow towards the instructor.

Before beginning any training process, it is always recommended that you engage in Ukemi, the break fall practice and Tai Sabaki.
During the demonstration of any new technique, as students, you should either kneel or sit tidily along the mat’s circumference.

Remember, your training opponent is never your enemy; thus you should always perform the Ritsurei to each other and also take care of them in the fight – do not hurt them.

Whenever pressed with the need to leave the mat then you should only do so with the instructor’s permission. All is needed of you is to make the instructor aware of your reason. Do this only when the instructor is not demonstrating any new technique to avoid disrupting the session.

Once you’ve been granted the permission, you should bow to the instructor before stepping off the mat. This will be just as a sign of respect.
It is often advised that you should not leave the mat with no particular reason. Otherwise, you’ll be risking losing some crucial techniques.

In Japanese culture, bowing is a very critical aspect that people practice to show respect. In Aikido, it not only indicates respect but honour and gratitude as well. The main methods of bowing occur when one is in a kneeling or standing position. 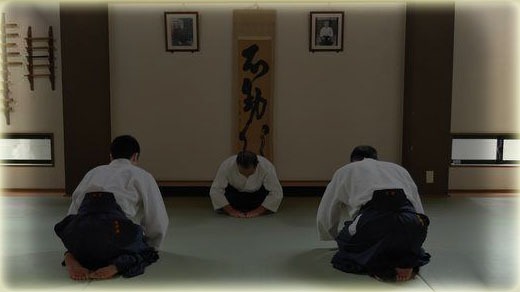 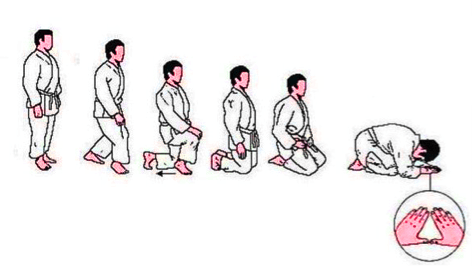 This bowing appears more formal. Students perform it both at the start and the end of every class while facing the instructor. Also, after the instructor has shown you a technique and you are now to try it out.

Best way to do it is while in the kneeling position, stretch your hands in front of your palm down on the mat with your thumb and index figures together in the form of a triangl 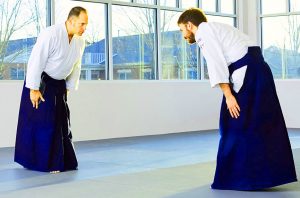 It is a common bowing method done with less formality. It gets applied when students are getting into the dojo or when they are entering or leaving the mat.

Break fall as it is mostly known is a special beginner’s technique which involves particular rolling strategies essential in the Aikido fight.
These strategies include;

It is also referred to as Mai Ukemi. Despite being called forward, it is a sideways roll with the face facing the direction of the side one prefers to move towards or into.
Here is a step by step guidance on it.

This can either be done from either sitting or standing positions.
Its procedure is as follows;

This stance is very typical in frontal attacks. To do it, put one leg forwards with its foot turned out then place your open hand from the same side in front. Weight over the front foot with the knee slightly bent. Back footloose but touching the mat.
Put your head up and watch your opponent plus everything surrounding you.

It refers to a unique bending movement generally in a circular manner. It is a method of avoiding attacks and rather diverting the attacker’s energy to themselves. It can either be positive or negative depending on your movement style.

This movement mainly involves the knee. The weight is transferred from one knee to the next whenever one moves around in the mat on their knees. Executing the positive Tai Sabaki during Shikko is easy.

This is an advanced movement towards our opponent which breaks their posture. It interferes with their balance.

It refers to a circular movement with the utilization of Tai Sabaki to destroy the opponent’s balance state thus breaking their posture.

In addition to the techniques discussed above, Aikido practice makes use of particular weapons including; 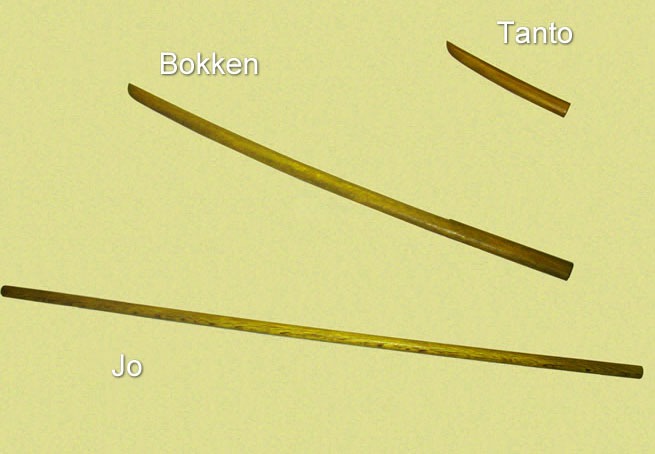 With a professional instructor, you will be able to learn more about Aikido techniques and the very best method to execute them.