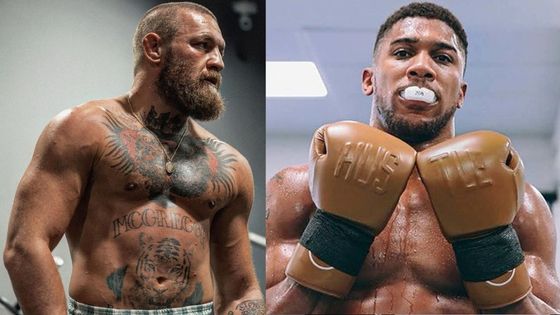 Is PED testing stricter in boxing? Yes, partially, because a lot of its fighters have been caught red-handed.

It could also point to the fact that boxing has been around much, much longer, so that could be an argument that’s definitely going to keep critics talking for years and years to come.

It can also be argued that boxers aren’t tested as frequently in a lot of cases, so it is difficult to tell.

Steroids and boxing are no strangers to one another. The 1990s was the gate year for when they started introducing doping, but it was never really doubled down on.

The 1970s were rampant with PEDs’ in football, but in boxing, there was no formal anti-doping administration or agencies in place just yet.

Boxers such as Shane Mosley, Andre Berto, and even Tyson Fury have tested positive for Performance Enhancement Drugs, but this was all in the late ’90s and 200’s/2010’s.

It’s a problem in boxing and has been for many years, but somehow some of the cases get often swept under the carpet.

Here are a few honorable mentions that have been caught using PEDs and Steroids over the years.

• Roy Jones Jr. and Richard Hall both tested positive for androstenedione after their fight in Indianapolis in 2000.

• Fernando Vargas was suspended for around 9 months and was fined $100,000 for testing positive for the steroid stanozolol in September 2002.

What about PEDs and steroids in MMA?

MMA is one of the world’s fastest-growing sports, there’s no doubt about that.

There are multiple cases of doping within MMA and particularly the UFC since it is the world’s biggest and the best mixed martial arts organization on the planet.

Naturally, all eyes would be on the company’s top fighters – Jon Jones, Tito Ortiz, and T.J. Dillashaw. (All three of these fighters have tested positive for PEDs at least twice in their lives).

We know that USADA had made it much harder for fighters to use these substances, but there are still fighters that use them regardless of testing.

It might seem that MMA is stricter on testing, simply because boxing is too big.

MMA fighters are tested before and after fights and the same is done in boxing, but the advantage boxing has is that because of the widespread corruption that boxing is known for, bribes can be offered, for example.