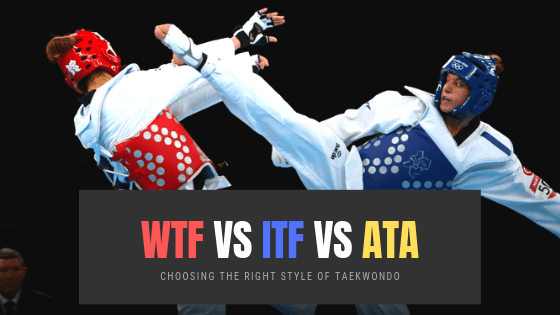 ‘The more you learn, the more you realize how much is left to learn.’ Taekwondo as a dojo and a sport is no different to this belief.

Thus, the world of taekwondo possesses a lot of diversity. Though all these forms have evolved from its inception in Korea during the 1940s, there’s a vast difference between how the three aforementioned bodies operate.

While all the three bodies are extremely credible, these have different purposes. World Taekwondo (WT) is renowned for its involvement in international competitions, primarily Olympics.

World Taekwondo (WT) is sportive in nature as compared to the International Taekwondo Federation (ITF).

While ITF is considered by many as the body which carries the traditional taekwondo beliefs, WT is more commercial in nature. Furthermore, ATA is an entirely different entity which is a blend of ITF & WTF.

Having said that, WT is quick and tactical, whereas the other two bodies are traditional and defense based. Since WT largely relies on scoring, a Taekwondo bout in WT is often considered as boring due to its technical nature of emphasizing on points alone.

Since the approach is different; the way the fighters train, spar and prepare for a bout is also different.

The rules of the old-school Olympic Taekwondo were different and they imbibed the traditional spirit before the implementation of electronic Hogu.

Before the electronic Hogu initiation in 2008, the intention while sparring was to knock your opponent.

However, after the change and addition of a sporting flavor, old-school transformed into more tactical taekwondo emphasizing on scoring points off of your opponent’s weaknesses.

The old-school Taekwondo is usually referred to as Taekwondo before the electronic Hogu was introduced in 2008.

It was a knockout sport & quite vicious version of Taekwondo we see today.  The practitioners were required to leave a trembling impact and try to incapacitate their opponents with the help of kicks.

Herein, the approach is defensive, and knockout isn’t necessarily the intention of the practitioner. A drawback of semi-contact sparring is that power is undermined. It follows the traditional militaristic approach as set by General Choi. Thus, the techniques are locked down, and those are limited in numbers.

However, with time, considerable changes have been introduced in ITF as well, and it’s no longer direct.

Only a mouthpiece coupled with hand and foot padding was enough. ATA didn’t emphasize on trembling shock to score a point, as seen in traditional WT or ITF.

A focused blow with proper contact towards a legal target without the attempt being blocked was enough.

Fast forward four decades, ATA with regards to sparring is much lighter than WT or ITF. Sparring in WT & ITF is considerably heavier as compared to ATA.

ITF follows patterns, whereas WTF has forms. Though the same thing, these are different terminologies as per the style. Though the primary objective of all these three styles stems from “Hosin Sul” i.e. self-defense, there are many variations with regards to everything else.

Either of these Taekwondo federations or associations is not known for grappling.

The practice of grappling is as minimal as that of locks and takedowns. Some schools teach grappling to strengthen the practitioner from a practical combat standpoint.

However, grappling realistically is not the center piece of Taekwondo in any of these three associations.

Notable difference in forms or patterns

The major difference between the forms stems from the characteristics – ITF is self-defense oriented, WTF is sport oriented whereas ATA is self-improvement oriented.

What’s the difference between Poomsae/Tul/Hyung?

Form & Technique Guide in all the three Taekwondo Styles

Difference in Doboks (Uniforms) in all the three styles:

Differences in the uniforms are visible in all the three styles, noticeable ones include, the length of shirt, traditional robe style in ATA, new design approach in WT, shorter sleeves in ITF and major visual pattern difference. WT has a thick black border neckline whereas ITF has only the Torso part with tick black borders. ATA on the other hand has multiple black stripes. 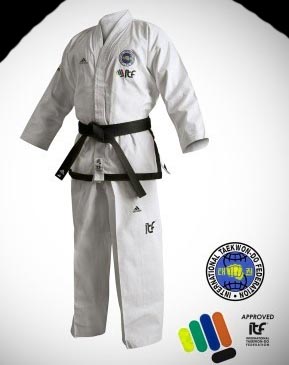 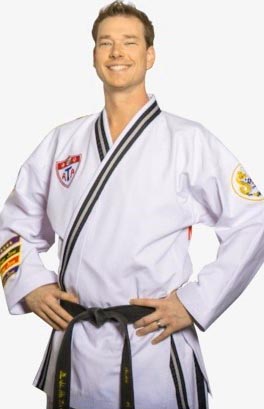 Having seen the comparison guide, let’s head towards the penultimate question.

“Which taekwondo style should you choose?”

A sensible answer to this question lies in your heart. At their basis, all three are good with regards to self-defense.

How much of that works in a real-life scenario? It depends upon who you are up against.

By reading this comprehensive blog, you now have a fair bit of knowledge about which style suits you the most. However, if you’re still having trouble choosing one, you can rely on the following test:

Approach: Which of the following do you relate yourself with?

Competition: Where would you rather want to compete?

Gear: Would you want to be fully protected during a bout?

Mentality: Which one would you rather prefer?

Ranking: Which one is more appealing to you?

Fighting Style: Which fighting style do you prefer?

(Not down the points, you scored with each answer, and you will have your result)

Here’s what taekwondo style you should choose based upon your personality:

I hope that this guide was helpful and helped you choose the correct taekwondo style for yourself. Remember, any form of taekwondo is ineffective if you don’t follow the principles.

Thus, keep the motto intact, and not only will you take your opponents down but will improve your fitness, self-confidence, focus and self-defense. Keep these five things close to your heart – Courtesy, Integrity, Perseverance, Self-Control and Indomitable Spirit.