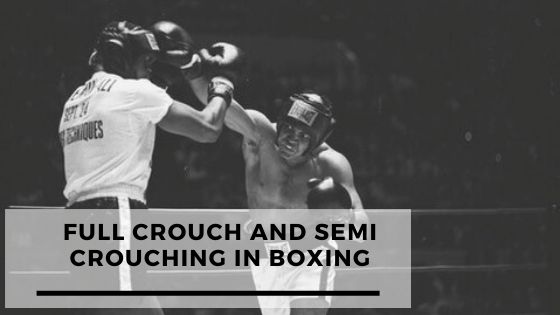 In one of our previous articles, we examined some of the major stances in boxing: the Orthodox, southpaw and Switch-hitting.

Well, in this edition, we’re going to be taking a look at other stance selections in boxing:

The Upright stance, the Crouch stance, and the Semi-crouch stance and what they entail.

The upright stance is the most common of the above 3, as the name implies, the fighter stands in an upright manner, with his/her legs shoulder-width apart.

Given its relative simplicity, it is the most popular among stances, boxers like Tyson Fury, Mohammed Ali and Floyd Mayweather fight using this stance.

The Crouch and semi-crouch stance

The crouch stance is the exact opposite of what the upright stance entails.

In this stance, the boxer leans forward slightly with his knees and upper body.

With the crouch stance, the boxer’s hands have to be raised directly in front of his/her face, and the legs close together to prevent the fighter from falling over.

Some of the fighters known for using this style are Mike Tyson, David Haye and Andre ward.

So, what are some of the advantages of this style?

Mike Tyson and Dwight Qawi were very short fighters, especially considering that they fought in the heavyweight division, but because of this style, they achieved great success.

This is because he spends a lot of time bending, he could come up with a surprise overhand that would catch his opponent off guard.

By doing this, there is a greater defensive cover when trying to cover the distance.

If a fighter like Mike Tyson could use the crouch style and retire as one of boxing’s greatest ever, then it begs the question as to why it isn’t used often.

Well, this is because of the downsides that exist with using such a style.

It requires a lot of practice, with extreme speed and durability.

But regardless, it is still one of boxing’s most effective stances.