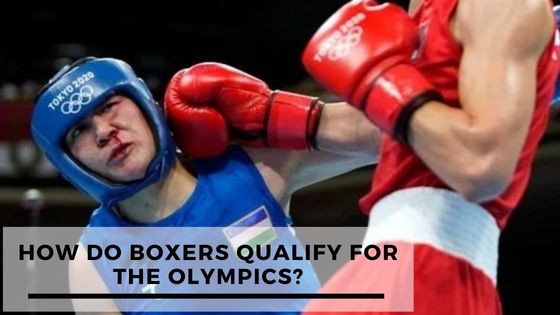 The Olympics have been one of the most extensively honoured sports games in the world for many centuries.

With its recognition, many countries from different continental regions,(America, Africa, Asia, Oceania, and Europe), participate in the event.

Boxing was formally introduced to the modern Olympic Games in 1904.

Although Olympic boxing is still regarded as amateur boxing, some of the well-known professional boxers today gained their ground from the event.

On this basis, we are able to check the qualification systems needed for a boxer to participate in the Olympics.

Now to the question.

What qualifies a boxer to participate in the Olympic boxing event?

Due to the limited number of spaces available at the Olympic boxing tournament, every nation that is allowed to participate in the Olympics is given a number of slots to handpick boxers who will represent their nation.

1. Boxers fight at the AIBA men’s and women’s world boxing championships to get a space at the Olympics.

The top contenders in each weight class at the tournament automatically qualify for the Olympic Event.

2. Olympic qualifying tournament for the continent. In each of the five regions participating in the Olympic event.

Additionally, a number of slots are allotted to each nation participating in the Olympics from the five regions. Boxers are elected based on their rankings pertaining to their weight classes.

Can professional boxers compete in the Olympics?

Since the inclusion of boxing in the Olympic Games, the main objective has been to help young and aspiring amateur fighters have an opportunity to make a name for themselves in the boxing niche.

Who, in most cases, are just in the early stages of their boxing journey and do not yet have much experience in the boxing niche.

But recently, the rules guiding the sport have changed.

Professional boxers can now compete in the Olympic Games.

This was disclosed by the governing body AIBA in 2016.

However, the rules of the game still stand as they were, being an amateur format.

The Olympics have had some professional boxers compete in the game.

Also (Mava Hamadouche and Karolina Koszewska) in the women’s category.

For a number of reasons, it is not feasible to see most of the well-known pro boxers compete in the game.

In pro boxing, fighters earn a lot more per fight compared to their gain in the Olympic Games.

There is a wide difference between pro boxing and amateur boxing; they differ in style, format, and regulations.

Considering this, many top-rated pro boxers would think twice before going into Olympic boxing.