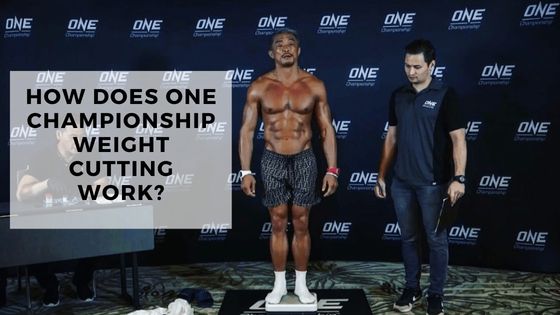 Since the death of ONE Championship star Yang Jian Bing in December 2015 due to cardiopulmonary failure after a brutal weight cut, ONE Championship has made the decision to revolutionize the world of MMA and change the culture of weight cutting.

In 2016, ONE FC came up with a revolutionary method for weigh-ins and sparked a change in the scene of MMA.

They imposed a hydration test

The first measure they took is that they imposed on all fighters a hydration test.

ONE FC measures fighters’ urine gravity during fight week, and on weigh-in day.

The rule is that fighters can’t tip the scale if they are not hydrated.

What is the method used by ONE Championship to measure fighters’ hydration?

ONE FC uses the urine gravity test. The fighter is considered hydrated if they have a urine specific gravity value of 1.025 or below.

So how do ONE FC fighters make weight?

Fighters have to rely on losing fat by following a diet, not by dehydration as UFC fighters do.

What happens if a fighter doesn’t make weight in ONE FC? Can they use the sauna or the bathtub to dehydrate themselves as UFC fighters do?

No! ONE FC doesn’t allow its fighters to dehydrate themselves in the sauna to make weight.

They will always be tested for hydration even if they make weight.

If the athlete fails the hydration test, they will not be allowed to tip the scale until they rehydrate.

Once they have rehydrated, they are allowed to tip the scale.

If they can’t make weight, the fight can still take place at catchweight with the condition that they don’t exceed 5% of their opponent’s weight. But they would still be penalized for not making weight.

Here are the penalties according to ONE Championship’s website:

If the fighter weighs more than 5% of their opponent’s weight, the fight can’t take place.