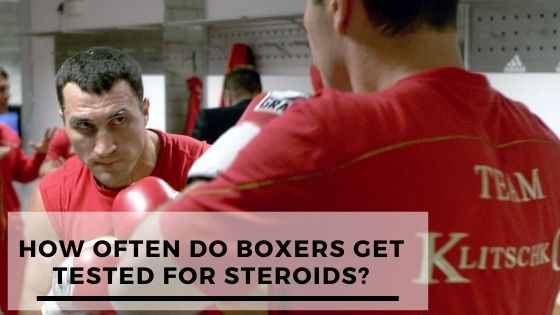 The use of steroids in any sport is like a plague that refuses to go, many top athletes across numerous sports have at one point been caught for using steroids, and boxing is no exception.

For a sport that depends on the participant to make use of a lot of physical and mental strength, should this surprise you?

But for some reason, it is never talked about enough and it always seems to go under the radar, which is what brings us to our topic today.

One of the biggest names in boxing today, and one of the best ever fighters.

The middleweight champion failed two drug tests in 2018 as he tested positive for clenbuterol and was inadvertently suspended for six months.

The Gypsy king as he likes to be called has had a pretty rough time outside of the boxing ring, and this adds to the list.

In December 2017, he tested positive for the intake of nandrolone, which is a Performance-enhancing substance and was subsequently banned for two years.

The elder of the Klitschko brothers and one of the best boxers of his generation was suspended for two years in 1996 for failing a drug test.

He also confessed to the use of steroids in 2004, as he claimed it was for a leg injury that he suffered.

Canelo Alvarez, Tyson Fury, and Vitali Klitschko; are household names when it comes to boxing.

And the list of popular boxers who use or have used steroids could be endless, so for a sport as popular as boxing, why is there such rampant use of steroids among its elite?

Boxing organisations only conduct tests for their fighters just before, and just after a fight.

This is pretty laughable if you think about it because one could easily just stop the intake if he knows he has a fight coming up, and resume a few weeks after the fight is over.

In comparison, take the UFC for example, they conduct over 5 “random” tests at “random” times for each fighter on its roster over a year.

With this level of frequent steroid tests, it becomes very difficult for a fighter to get away with using such substances.

In conclusion, boxing organisations and promotions should take several leaves from the UFC’s book of conducting tests.

Even though it’s not perfect, it is a much better way of trying to curb and eliminate the growth of steroid use in combat sports.