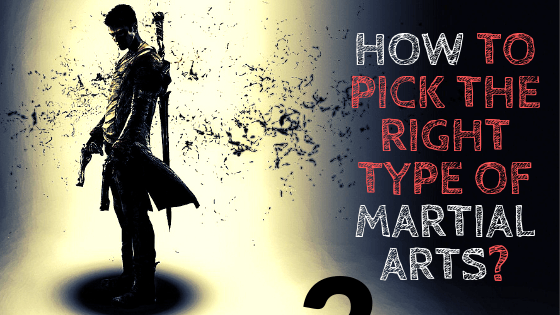 Hey, I don’t know what your deal is coming all the way here to learn about martial arts. It was probably binge watching that Jackie movie again and thinking, “you know what? I need to learn martial arts too.”

It could just be out of the need for just self-defense, or maybe you just want to do it for fitness. Well, I would like to tell you this quest of yours is not a straight forward one. No! I am not talking about studying martial arts, I am talking about finding the right one for you.

There are so many types of martial arts that I am pretty sure some of them are just called “fighting style.” Don’t worry, I will help you narrow down your choice as much as I can. shall we?

There is no specific number of martial arts styles in the world and that is because, you can go out there right now and say, you just formed a new form of martial art and voila! That’s it. I would, however, list some of the most popular martial arts out and the most practiced ones.

Kung fu is also sometimes referred to as “Wushu”, it is a martial art form that is said to have been created by the monks of the Shaolin temple behind the great walls of China (or where ever they were back then).

The term kung fu loosely translates to “the ability to do something”. So, in our case, it is the ability to kick some ass. The monks that developed Kung fu intended for it to be more than just a means of self-defense.

It is an art form that involves developing the external strength of its student, as well as all the internal strength such as focus, fireball… sorry, I meant chi manipulation, fighting techniques which could be bare-handed and the use of basic and sophisticated weapons. Basically, turning you into Jet Li.

The word karate itself was said to first be used in Okinawa Japan, and it means “empty-handed.” Yep, the only things you will use as weapons here are your hands. Master Gichin Funakoshi who is credited with creating the martial arts style, made the fighting methods simple and included a lot of philosophy to go with the art.

Karate borrows a lot from a lot of different Chinese martial arts, and it is known to mostly be an unarmed fighting style. This style emphasizes on the use of the hands and feet to deliver and block, against deadly punches and kicks. (okay, maybe I included the “deadly” part myself.)

Taekwondo is one of the oldest forms of martial arts that there is in the world. Left to me I would call it the oldest, but it however also borrows from Okinawa karate, the sacred art of Chinese martial arts and the very ancient traditional Korean combat styles; These are Taekkyeon and Gwonbeop.

Taekwondo is Korean and it loosely means, “the way of the hand and the foot.” It is an unarmed form of self-defense, and boy is it effective. It focuses on lots of rapid potent kicks and some on hand strikes. Taekwondo is said to have the most dangerous kicks in the world of martial arts. For me, I just like the fact that I can multitask, beat up bad guys and still eat my sandwich.

I call this, the romantic martial art and you will soon know why. Judo basically means, “The gentle way.” Jigoro Kano developed it in the late nineteenth century as an unarmed martial art style.

It was derived from Jujitsu but focuses more on the use of multiples styles of holds and grappling techniques. The aim is usually to make sure the opponent is unbalanced and, in the end, hits the ground. Then, a joint lock, choke or “Ronda Rousey” lock is employed to make the opponent submit. (I don’t mean their assignment)

It was developed in Japan and later adopted by the famous Gracie family in Brazil. It is a martial art style that focuses a lot on grappling and fighting in close proximity to the opponent.

There is a lot of body contact and it usually involves taking the opponents down to the ground and continuing the fight there (talk about dedication.) This style gave birth to Aikido and Judo.

In this fighting style, the momentum of the attacker is used against them, and it is transformed into a joint lock; the opponent’s joints are forced to go beyond the range of normal motion. Hey! Just so you know, this is some painful artform, to the opponent at least.

The Brazilian form of the artform is considered to be more dangerous as it relies on choking the opponent and continuing the fight on the ground.

Even though this is an old art form, I am pretty sure the movies “Kickboxer” in 1989 and “Ong-Bak: Muay Thai Warrior” made it popular. This is the national sport of Thailand but it is a very effective and deadly fighting style. It is called the style/science of 8 limbs.

This is because it uses 8 points of contact for attack; the knees, elbows, feet, shins, and fists. It is very effective for normal, as well as close range attacks. It has a major influence on modern kickboxing.

This is a modern form of martial art. It was formed by the legendary martial artist and actor, Bruce Lee. He called it the initiator system. It loosely translates to, “way of the intercepting fist.”

He basically combined styles and method from Kung fu, boxing, and fencing. It involves the use of strong and rapid maneuvers to disable the opponent as fast as possible. It was developed to help the practitioner adopt to the opponents fighting style as soon as possible.

It involves kicking, boxing, punching, grappling and holding down the opponent in order to defeat them. In my opinion, I think Bruce Lee’s face should be put on the Mixed Martial Arts (MMA) poster. He basically started MMA before it was called that.

Aikido is a Japanese martial art and it means, “the way of harmony.” The founder, Morihei Ueshiba developed it by combining all of his martial art training with philosophy and his religious beliefs.

This style is a bit different from the rest because it focuses on making sure the students of the art can defend themselves, as well as prevent the opponent from being injured. (you thought algebra was hard huh?)  This is meant to challenge the student to always watch out for the wellbeing of the attacker.

The attacker’s energy and momentum are directed towards them, the student uses well-placed turning movements and strategic entering to quickly get the opponent to the ground. This is when the submission lock is employed. By the way, I still don’t see how the opponent is not wounded here, hmm maybe the lock is a soft lock?

There are so many martial arts in the world and you just have to search hard enough to find the one that is right for you.

I wanted to group them into categories, but I soon found out that was going to be a nightmare as some of them were in the same categories for different reasons; country, mixed and hybrid, traditional, modern, open-handed and so much more. I couldn’t do it.

However, I can give you a few tips on choosing the martial arts that is right for you. That depends a lot on what you are looking for of course.

These are also called stand up martial arts styles. The students learn self-defense while on their feet with the uses of kicks, punches, knees and elbow strikes. These include:

A grappling style martial art focuses on constant contact with your opponent. The main goal is to take the opponent to the ground. These styles include:

Even though a lot of the above mentioned martial arts use weapons in some of their teaches, this list is for art forms that are built around the use of weapons. Check it out:

For people who want to learn martial arts just for the breathing technique, fitness and maybe spiritual benefits instead of combat. They include:

Warrior Yoga is also a powerful and dynamic healing exercise. It is not a fitness program for everyone; it was developed by martial artists for martial artists.

Some martial art styles just incorporate the techniques of several martial arts in order to make them more effective. They are:

I hope with this knowledge, you can easily choose the fighting style that is right for you.