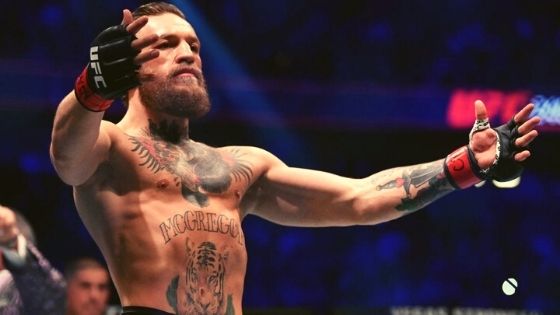 For anyone who trains MMA, the dream is to perform in the UFC, and although only a small percentage will achieve that dream, that does not mean your exercise regime should go by the wayside.

When it comes to the UFC there are several household names, none more so than Dagestani-born fighter Khabib Nurmagomedov, he has such an invincible aura that when he enters the octagon, a victory is always just around the corner.

With a 28-0 record, he is a favorite for fight fans around the world and especially people who like to put their money where their mouth is, if you fancy him to win his next encounter, the odds for Khabib are at -200 on Bovada [review here].

Even if the octagon is not on your horizon anytime soon, staying as fit and healthy as possible should be the main objective and if you follow these tips below, you will be performing guillotine chokes in next to no time at all.

It Starts With Dietary Discipline!

No matter the sport you either train or compete in, discipline is the most important aspect of all. Possess a lot of this attribute and you will go far, possess too little and you will see bad habits creep in your training program

Those bad habits, usually come in the form of missing training sessions altogether or if you are in attendance as planned, your hard work is then canceled out by a tougher workout in the local bar or diner.

Ultimately, it is no good practicing one thing and not preaching the other and with nutrition being so integral to peak MMA performance, the garbage you put into your body, will end up being the garbage that comes out.

Of course, all the fun foods taste a lot nicer than the sensible ones and this is where discipline is vital in terms of meal consumption, as the quest for those extra percentages in terms of training performance continues.

If you can stick to a tough dietary regime (with perhaps the odd cheat day from time to time), the benefits to your body will not only be displayed in terms of performance but also your overall health outside the training facility.

Which leads to a healthy body also creating a healthy mind and with the world being as it is right now, your mental state is just as important as the physical. Feed your body with good fuel and your brain will fire on all cylinders.

But There’s More!
As there are so many elements to the sport of MMA, it means there plenty of avenues to go down in terms of physical activity. Avenues that include the likes of Judo, Karate, Amateur Wrestling, or Jiujitsu as your first ports of physical call.

If you are new to the MMA game, there may be something of a sensory overload as to what to try first and although you may consider yourself an able warrior, the likelihood of mastering so many takedowns in double quick time is relatively small.

Therefore, the best approach is to select one entry point into the world of MMA and become as confident in that as you can. Once you’ve approached master level, in say Judo and are possessing a black belt, then is the time to progress to Karate.

Some of those skills will be transferrable, but even if you do find yourself having to learn a whole set of new instructions, you will already possess the confidence that comes with mastering a previous element of the sport.

Carry this thought process across each of the fighting types and before long, you will become a much more rounded fighter. A fighter who has taken his or her time and in doing so, will have learned so much more.

With all this said, anyone who even attempts one session of MMA training should be commended, because it is far more difficult than watching the UFC on television or the internet and thinking “yeah, that looks easy”.

It is far from easy and of course, every trainee or potential fighter will learn at their own pace. This means, no matter the length of the road you take, if you take this advice, it should set you in good stead for a prosperous MMA training regime.

Your Complete Guide To The Spinning Back Kick