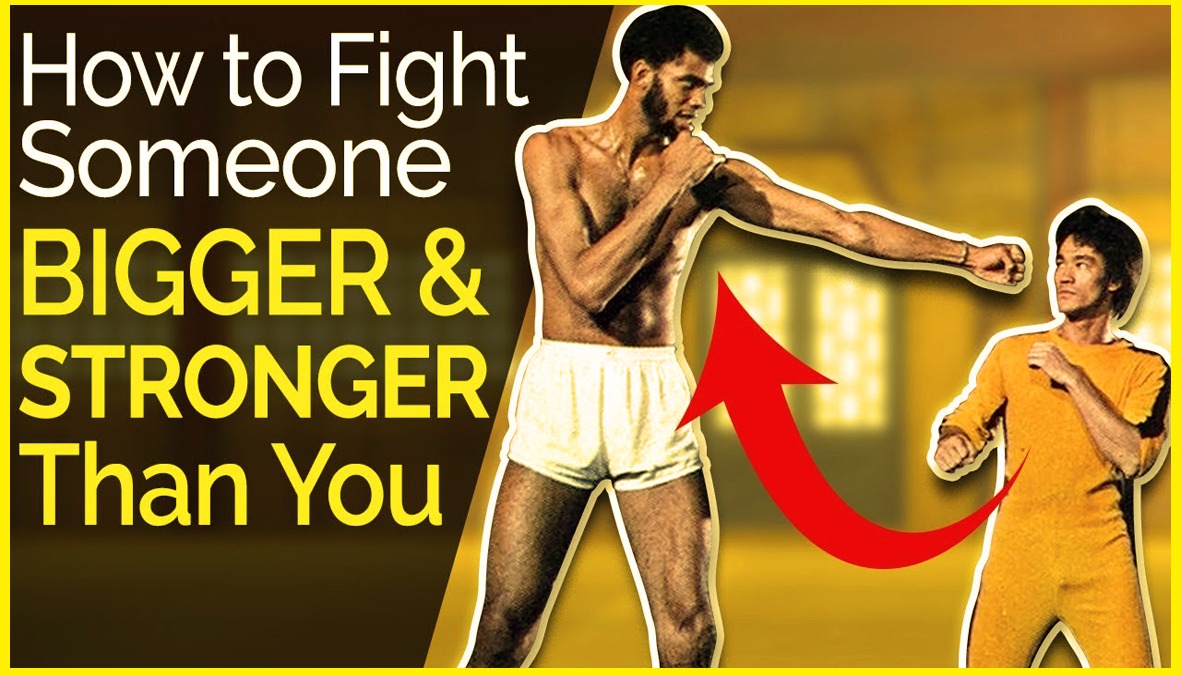 In a street fight, facing a larger opponent can be very intimidating, but if you have the right strategy and techniques, then beating a larger, bigger and stronger opponent could be as trouble-free as beating every other opponent of your size.

So next time you find yourself in trouble facing a giant guy in a street fight, use this list of fighting tips to avoid getting slapped and pissing yourself and then crying yourself to sleep on your girlfriend’s breast

The first rule of defending yourself is to avoid fighting at your opponent’s terms. Avoid his strengths.

If he is a boxer do not box with him, if he is a wrestler avoid any stand up grappling with him, etc. You might be asking right now “But how can I know my opponent’s strength?” The answer is simple, their stance will tell you a lot about their fighting style.

Sun Tzu said in his book The Art Of War:

A larger and taller opponent will always have a longer reach than yours, which means once you get into their striking range, you risk getting hit before you can deliver your own blow.

So your best chance is to go out of their range and be elusive. Go left and right, use footwork, skip their punches, make them miss, and once the opportunity presents itself, BOOM! Hit them with a bomb! You will be amazed at how much damage can one very precise punch do to a chin. 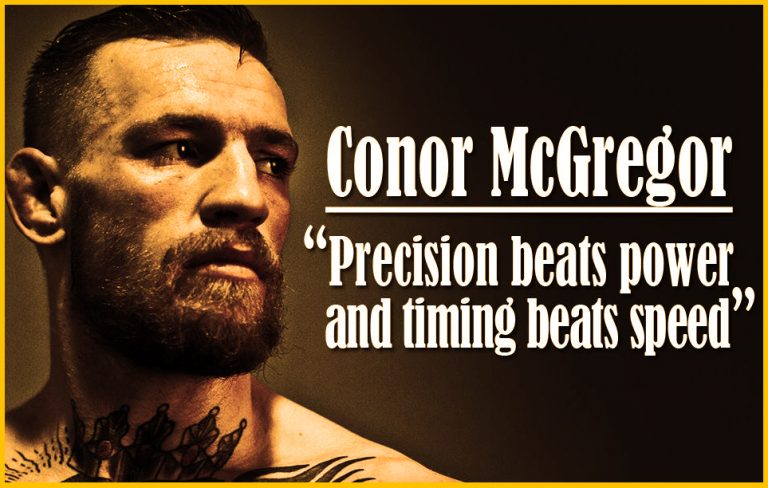 If you are fighting a bigger opponent, the chances are that they are slower than you. Use it to your advantage! In a striking exchange do not go toe-to-toe, put your ego aside and be smart and slick.

Don’t rely on your strength when you fight a bigger and taller opponent, use your lighter weight as an advantage, move faster, do a fast dance around them, don’t be a stiff stationary target.

Have you ever seen a mongoose fighting a venomous snake? They fight fast and explosive!

#4- Take your time to counter-attack

It’s your life we are talking about here, your survival. You never know what could happen if you get clipped in a street fight and get knocked out, you might get stomped and kicked while unconscious and suffer the damages for the rest of your life or even get killed.

So Take your time! Do not rush, do not get impatient and bite on your teeth and charge like a bull. Be in the moment, take your time, detect the pattern your opponent is using in his fight.

Detect their repetitive moves, strikes, head position. Then once you see the flaws, make your counter move.

If the opportunity does not present itself, don’t get frustrated. After all, if the fight goes longer it is in your advantage which brings us to number 5.

In life everything is ruled by relativity, nothing is 100% advantageous including being the bigger, taller, stronger opponent. The biggest your opponent is the more muscles and weight they carry, which is tiring.

In his book Fight Like a Physicist: The Incredible Science Behind Martial Arts Jason Thalkon explained that when you miss a punch it fatigues you more than when you hit your target. Big muscles need more oxygen, this is a fact. Weathering the storm is your best chance, make them work and move.

So make them miss!

He successfully used this strategy against Junior dos Santos in their rematch when Cain made Junior work until he got tired and his power faded and his punches lost their snap then Cain picked him apart and gave him a world-beating and recaptured his UFC heavyweight title.

A taller opponent will always have a reach advantage, but you can neutralize this advantage by using your kicks. Naturally, legs are longer than arms, therefore even if your opponent is taller than you and he is just punching, your kicks will have more reach than his arms have.

The chances are that 99% of people don’t know how to kick properly, so if you are amongst the 1% who can kick it could be a game-changer.

Use push kicks to the body to keep your opponent at a distance until they get used to them and then use the same front kick but this time not as a push kick but as a snap kick to the chin.

This will be an extremely surprising strike to your opponent’s jaw since you are catching them off guard. This snap front kick has the potential of knocking out your opponent out cold regardless of their weight or strength.

Unless you are an experienced grappler yourself do not grapple with a stronger opponent. If they get a hold of you then it will be force against force and we all know who’s going to lose that battle.

Obviously, if you are a Brazilian Jiu Jitsu guy then bring him to the ground and draw him in your Jiu Jitsu waters. Gracie style!

It is natural to have your adrenaline spike when you feel in danger which is the case in a street fight, but don’t let it overwhelm you and cloud your vision.

If you let panic overtake, your fighting abilities will shut down and your reflexes will be based on panic, your judgment of distance and speed will be clouded, your feet might not be as explosive as they should be because of the trembling and you will be seeing action in flashes instead of seeing things in their normal speed.

Don’t get me wrong, a moderate adrenaline rush is not bad for you, actually, it is very beneficial for speeding up your reflexes and sharpening your sense of survival, but too much of it can leave you freezing and not knowing what to do.

While weathering the storm in a street fight don’t ever try to block your opponent’s punches with your guard. Your opponent is bigger and stronger than you, therefore his punch will still have impact on you even if you block it.

In addition to that, this is not boxing! In boxing, they use 16 oz gloves which give boxers the ability to block punches and not let them penetrate the guard.

In a fistfight, even if you keep your hands up there will always be room for a fist to penetrate, so don’t make that mistake.

This isn’t some medieval sword fight between knights of the temple. Forget about the Samurai code of honor! This is street fighting survival and if you have to fight dirty then you should! No holds barred.

Be opportunistic, look for weapons in your surroundings, a sharp thing, a piece of glass, break a bottle, grab a piece of broken pavement, use anything you can to make your opponent back down. A bully will most likely back down if he sees a great potential of danger.