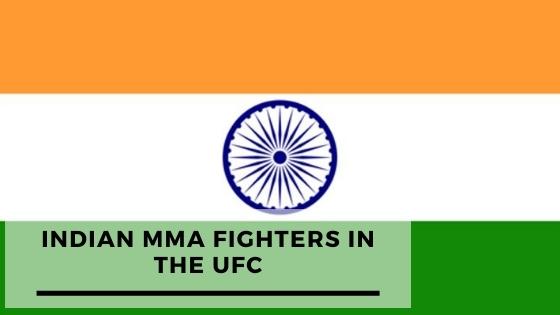 You might think that India, which has a great many people, would have the most MMA fighters in UFC since it has so many people.

However, this is not the case. Other than the Indo-Canadian World Heavyweight Champion Arjan Bhullar, there isn’t a single MMA fighter from India who fights in UFC.

He is the only Indian fighter in UFC Promotion ONE FC.

His father is Indian. He’s not just any fighter—he’s a beast who was once the ONE FC World Heavyweight Champion.

How many Indian fighters are there in the UFC? Who are they?

As previously stated, the Ultimate Fighting Championship (UFC) does not have any Indian fighters.

A few Indian fighters compete in ONE FC and Bellator.

It is necessary for a person to have a team of professional trainers, complete dedication, and the full backing of their country in order to compete in UFC.

Indians are less interested in MMA and UFC than in other sports and entertainment, making it difficult for an Indian fighter to compete in the UFC.

Why aren’t there many UFC fighters from India?

UFC, as we described previously in this text, is a group of highly professional, precisely trained.

Top fighters who battle in the octagon and delight the crowd while helping UFC to make more cash from ticket sales and advertising.

Most people in India are passionate about cricket, kabaddi, and movies.

When people become more obsessed with these activities, they spend more money on them, which leaves them with less to spend on other forms of entertainment and sports.

As a result, fewer people are interested in making a career out of that particular sport.

In addition, the UFC features a wide range of highly trained and world-class fighters from all over the world.

Do you know what it takes to be a top-notch fighter?

While we can see that there are no highly experienced trainers in India capable of training these professional fighters, it is the trainer who develops these highly trained fighters.

Another motivating factor for a sportsman is the support of his or her fans.

Take Khabib Nurmagomedov as an example, he is a star not just because of his abilities, fighting style, and bravery.

But also because of the Russian people who buy his pay-per-views and stand behind him no matter what happens in the ring.

So for India to produce world-class fighters, they need to take appropriate steps now.