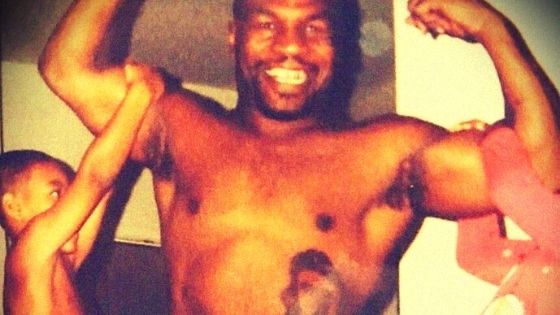 Mike Tyson has three sons from three different women, none of his sons is a professional boxer, but they all have a solid base in boxing.

You will find down below footage and photos of how Mike Tyson trains his sons.

The fact that none of Mike Tyson’s sons is a professional boxer doesn’t mean that their dad didn’t introduce them to the game of boxing.

Footage of Mike Tyson training his sons is all over the web.

In the footage above, you also see Mike Tyson’s daughter Milan Tyson standing in a pink t-shirt wearing boxing gloves waiting for her turn to hit the mitts.

This shows how Mike cares about teaching his children the principles of boxing.

It’s worth mentioning that Milan Tyson is now a legit competitor in Tennis, her Instagram account is full of photos and videos documenting her dedication in training.

Mike Tyson’s oldest son Amir Tyson is also a big fan of boxing, his dad has taught him boxing since he was a child.

Here is a footage of Amir Tyson hitting the speedbag

His father brought a professional boxing coach to teach his son Morocco the basics of the noble art in private lessons.

Also, Tyson is making sure to engrave the love of boxing into his son’s heart by bringing him ringside to big boxing events as in this photo.