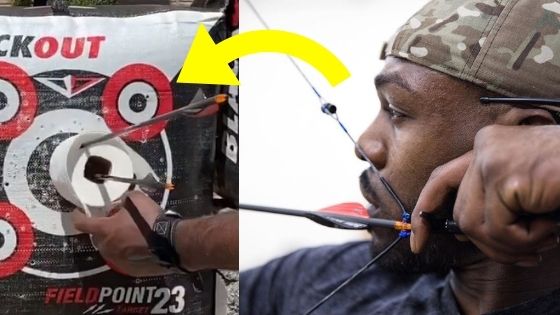 Here are photos and videos of Jon Jones showing off his skills in archery, now he is becoming a master in this game, and he might become a champion at it sooner than you think.

Jon Jones with his champion mentality is practicing archery religiously to become better at it.