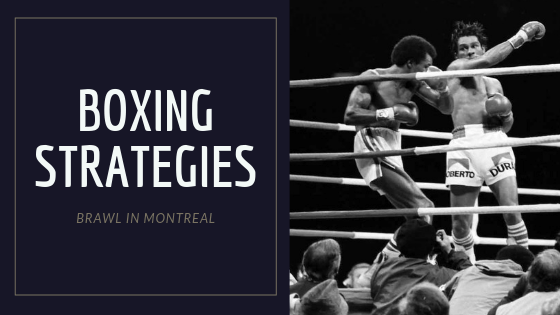 Sugar Ray Leonard and Roberto Duran’s first fight is referred to as the Brawl in Montreal. The epic showdown between these two legendary boxers is often eclipsed by their second bout due to its bizarre ending.

Nonetheless, with regards to boxing, their first bout is one of the best fights in boxing history.

From the word go, these two boxers were the polar opposite, both in terms of boxing styles and their in-ring personalities.

Duran was a brutal in-fighter, a skillful boxer, who could unlock any defense and play with his opponent as if they were amateur boxers. He used grappling techniques to subdue his opponents.

Making use of his head, shoulder and chest to wrestle them into corners. He was also great at guard manipulation and was able to throw jarring punches as soon as he got on the inside.

In simple words, he didn’t defeat his opponents, he demolished them. He always aimed for the knockout and when he didn’t win by knockout, he used to be furious with himself.

On the other hand, Leonard was a charming personality who boxed beautifully and danced to the tune of Muhammad Ali and Sugar Ray Robinson.

He was known for his sublime movement and speed. His footwork and rhythm were so refined, that he could use it in place of a jab to setup powerful punches capable of knocking his opponents out cold.

Before this fight, Duran held the record of 71-1, out of which 56 were knockouts. Still, Leonard was the favorite to win this bout as Duran was stepping up a weight class for this bout.

Even the likes of Ali and Sugar Ray Robinson predicted that Leonard would easily win the fight. The build-up to this match was brutal.

Even worse than the antics of Floyd and McGregor that you see in today’s time. Both boxers wanted to kill each other in the ring and as a result of that, we got one of the fiercest bouts in boxing history.

We’ve learned in our previous case studies about how a stationary opponent is just a few seconds away from being dropped. However, movement alone is not enough either. In this fight, everyone knew that Leonard will try to outbox Duran whilst maintaining his distance.

Landing the shots is important

In a close encounter such as this, it’s not how many punches Duran and Leonard threw but rather how many they effectively landed.

Though Leonard launched a flurry of punches, only a few connected. Even with all his might movement techniques, he wasn’t able to touch Duran, who’s movements and techniques were often undermined.

Duran was notorious when it came to dropping his opponent’s guard. He would often use a looping right to force his opponents to drop their guards. 9 times out of 10, he was successful.

This spelled more trouble for Leonard as he was hardly landing any punches, but with Duran’s attempting a right, things were to take turn for the worse. Duran would effectively land the right and would move underneath his opponent.

Often times, he would shift forward whilst using his right foot to cut off his opponent’s distance. This will help Duran stay safe. Now, that’s excellent boxing awareness from Duran.

Feinting punches and making your opponent dance to your tunes

Duran was a master at feinting punches. Leonard after watching Duran committing excessively was able to land a few successful counters.

However, Duran understood this and avoided committing fully. While staying balanced and maintaining overall composure, Duran started feinting his punches.

By the time the first round came to an end, Duran was overpowering Leonard both on the offensive and defensive front.

One of Duran’s strengths was his ability to pin his opponents against the ropes. By the time the second round started, Duran was successfully implementing this technique on Leonard.

He was doing so, whilst landing tight body shots and was punishing Leonard at every opportunity. Duran’s strategy was to consume Leonard’s energy and slow down his energy for his later rounds, thus he kept Leonard engaged throughout the second round.

Duran’s strategy paid off as it didn’t take him 5 rounds, instead, he was able to nail Leonard mid-way through the second round. Duran landed a power left hook which knocked Leonard backwards.

Because of Duran’s preference for rushing and charging on his opponents, they became highly reactive to his level-changes. We’ve already seen that in our Duran case study.

Duran was one of the only fighters at that time who could use his ahead along with level change with a feint (a technique quite popular in the MMA world today). Yet, again, Leonard survived the round, barely.

It took Leonard 3 more rounds to get into the match. Till then, it was all Duran showcasing his unique wrestling and boxing combinations. Pinning Leonard towards the rope, changing levels, throwing combinations.

At one point in the third round, Leonard was on the ropes for over 30 seconds and took 17 punches without returning a single punch. Leonard often used his arms and shoulders to knock his opponents off-balance.

But with Duran’s brilliant head movement, he was able to keep himself safe and setup new angles to attack. This technique worked brilliantly for Duran as he mostly targeted the liver of his opponents.

Using your opponents to create openings

Duran was a master at creating openings. By using his skull against his opponent’s body, he would disrupt their guard and throw some of tightest punches seen in boxing.

His compact, jarring punches thrown within small openings just used to be too much for his opponents. At the start of the 4th round, Duran smoothly shifts to Leonard’s jab and drove in a hard right that drove him into the rope.

Now the problem for Leonard tried to get on to attack, Duran was able to back it up with counterpunches. Throughout the round, Duran kept charging on Leonard and dig him with vicious body shots.

Just by a simple movement, you can turn a defensive position into an attacking one. See how, Duran cleverly uses an under hook to turn Leonard against the ropes and then unloads on him till the bell rings.

Stepping out of your comfort zone

Till Round 4, it was all Duran, however, by Round 5, Leonard started to get himself into the match. And this was the first round where Leonard looked as convincing as Duran.

He didn’t step back, he stood forward, ate a punch and landed two. With quick flurry and barrage of punches, he made sure to put Duran in an uncomfortable spot.

He simply stepped out of his comfort zone and that took Duran by surprise.

Still, Leonard was not winning this round, but his newly found vigor encouraged him to turn this one-sided fight into an all-out battle.

And so, it did, in the sixth round, Leonard did the same thing and rivaled Duran’s wild savagery.

By this point, Leonard had turned the tide and it was Duran who was in defensive mode. Leonard’s desire to match fire with fire gave him enough time to find himself.

In the 7th Round, his spirit worked in favor as Duran started becoming reckless.

What followed were some of the most entertaining, intense, and brutal rounds we have ever seen in boxing. Both fighters threw everything they had, including some beautiful combinations.

Even that this speed, both Leonard and Duran weren’t in a slugfest and displayed masterful defense by flipping, ducking and blocking before immediately return firing.

At this point, both the fighters looked the same except Duran was punching and grappling whereas Leonard was trying to find openings i.e. that opportunistic moment to land a killer blow.

7 Rounds survived purely by will power. But the 8th wasn’t going to be the same. Something changed. Leonard was no longer playing the second fiddle.

His intuitions and boxing experience came in handy as he started shutting openings for Duran. He realized that Duran often liked to switch hands, thus Leonard started changing his head positions preventing it from getting hit.

Not just that, he was able to set up his punches off of this technique.

With this, he was able to stifle Duran’s inside work. Getting back to his best and finding himself, he targeted Duran from a mid to long-range.

Even though Leonard had a massive 5-inch reach advantage, Duran’s feinting and movements just made it too hard for Leonard to catch hold of him.

Still, Leonard finally found himself on the same level as Duran. As the fight went on, he kept growing into the bout.

Leonard at this point was all ready for a brawl whereas his coach pleaded for him to box. In the 8th Round, both boxers punched each other continuously for 20 seconds. Finding it too painful to watch, Ray’s wife fainted.

Nonetheless, by the time 9th round arrived. The fight had turned into one of the most complete fights in boxing history.

Herein, the fighters displayed all skillset and moved seamlessly between all ranges. Both fighters were willing to fight anywhere and in any way.

They were deploying skillful defensive topping a recklessly aggressive offense.

Adapting as the rounds progress

If there’s one thing which set Leonard apart from the four kings was his ability to adapt mid-fight. When Duran charged in, Leonard side-stepped and pushed down on Duran’s head and knocked him off balance and turned him.

Alternatively, Leonard ducked down even lower than Duran, forcing him to stop in his tracks.

Now that Duran’s wrestling had finally been dealt with, Leonard could finally focus on intelligent offense.

He was reading Duran’s movements and was setting up attacks mindfully. And then came a stunning movement where he caught Duran with a sizzling right hand. For the first time in the fight, Leonard managed to seriously hurt Duran.

Now, was it fatigue or was it that punch, Duran’s speed was never the same after that round. As Leonard walked back at the end of that round, he was confident that he’ll be able to finish Duran.

What ensued after that was an all-out war for the next 4 rounds. At the end of it all, it was Duran who won the fight by unanimous decision, however, Leonard showed that Duran could be stopped. Say what you want, but this fight will remain a gem for generations to come.

So close from turning out to be a comeback story. This fight has a lot to learn from in terms of defense and attack. I hope I did justice to the topic and helped you learn as much as possible from the classic – Brawl in Montreal.

Learn Boxing from the best