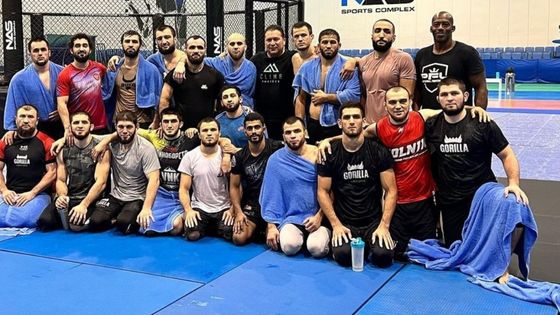 The MMA community still doesn’t understand why Khabib’s team has a high success rate, most of their fighters are either champions in different organizations or are title contenders.

The video below explains it all and solves the mystery of this team.

But before you watch the video, you should understand this:

Basically, there are two reasons why this team is surpassing every MMA team in the world:

1. The whole team is from Daghestan

If you want to understand why Dagestani fighters are so dominant in MMA, you need to read this article where we explained the reasons in detail.

Why Are Dagestani Fighters So Good?

2. Teamwork is on another level

To understand this, you will need to watch the video below.

The level of teamwork is extremely high, there is a strong brotherhood built between the teammates.

Some of the teammates are blood-related:

They come together to the fight as a tribe, they prepare as a tribe, the feeling of loneliness that usually makes other fighters anxious during fight week doesn’t find a way to their hearts, simply because they feel each other’s support.