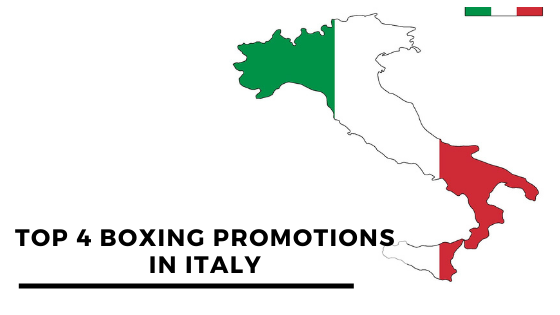 The success and upbringing of boxing in the whole of Italy became possible when Pietro Boine of Genoa won his first heavyweight championship for North Italy and inaugurated the first boxing club in Milan.

During the same timeline, the Boxing Academy was also inaugurated in Rome which led to the rise of great interest of people in boxing and martial arts.

After this, ultimately, the Italian Boxing Federation or Federazione Pugilistica Italiana (FPI) was established.

After this, in 1920 the Italian team officially participated under this institution in the Inter-Allied Olympics as Joinville.

The founder was the great Umberto Branchini, whose name is enlisted in the names of managers in the hall of fame of the boxing world in New York.

It was he and his sons who started this institution and till now it is running.

Umberto Branchini himself was a great admirer and promoter of boxing at the time.

After the establishment of this company, his son Salvatore Cherchi started OPI 2000.

Later in 2017 he and his sons officially started OPI Since 82 jointly.

When we analyze the function of this institution it is leading in Italy and also very influential at the international level.

In the year 2004, on the 28th of January Davide Buccioni inaugurated his company.

Its’ name is Buccioni Boxing Team.

The main purpose of this was to accelerate the boxing and mixed martial arts interest in people.

With time its growth increased and now it is a Boxing team.

It is a listed company based in Italy.

Promo Boxe Italia is the original name of this company.

It was established by Boxe Loreni, an Italian who inspired many youngsters toward this beautiful sport in Italy.

This company is established in 2021 January.

The father in law of Boxe Loreni was also his teacher and trainer.

Under his supervision, Boxe Loreni officially started his career in training.

With time Boxe Loreni learned excellent and profitable experience from his father in law and started to train and shape young talent within the vicinity.

After all these struggles he started Promo Boxe Italia in 2021 and the rest is yet to see.