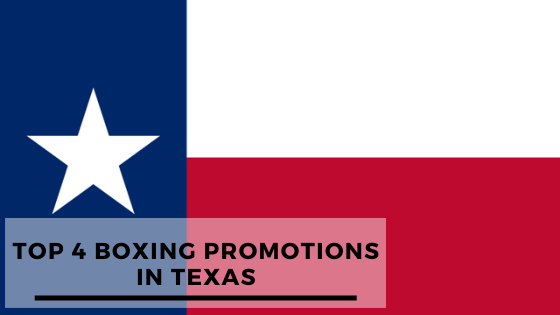 Few cities in the US have the kind of history Texas has when it comes to boxing.

From as far back as the late 19th century when boxing was illegal in most cities and states in the US and still going on in Texas.

In the not so distant past in the 80s and 90s, when there were multiple boxing world champions coming out of Texas.

From the above, we can see that one thing through the years has been certain, and that is the fact that boxing is an inherent fixture of Texas.

This is why today, we’ll be looking at some of the biggest boxing promotions within Texas.

Situated in San Antonio, Davies entertainment has risen to become the biggest boxing promotion in Texas.

As their name implies, the company’s activities cuts across movie production, boxing promotion and also boxing and fitness training.

With an event less than 3 weeks away called “brawl wall”, you can click the link in their Instagram bio to purchase tickets to watch the event live.

Force train promotions, more commonly known as; NEXT FIGHT UP, was established in 2018 and is situated in Houston, Texas.

Between 2018 and now, the promotion has hosted over

10 high-level boxing events and has given a platform for young athletes to showcase their skills.

To watch their fights, you can purchase tickets by clicking on the link in their Instagram bio, or going to nextfightup.com.

Headed by José Lopez, the boxing showcase has been a mainstay in the boxing promotional world for over a decade now within Texas.

Unlike a lot of other regional promotions, this one has adopted a method of promoting and matchmaking similar to that of the UFC.

You can catch their fights by purchasing live tickets at buyers2b.com or purchasing the PPV at

Established in 2011, the promotion has become one the most exciting within and outside Texas, with a raft of boxing events constantly being booked.

While there isn’t an official website to purchase tickets or stream live events, you can get tickets in person from the venue of the fight, which is usually posted on their Facebook page.

So that brings an end to our list of the best boxing promotions in Texas for now.

With more and more promotions getting established daily and newer talents being discovered, it’ll only be a matter of time before another one is able to crack our list above.