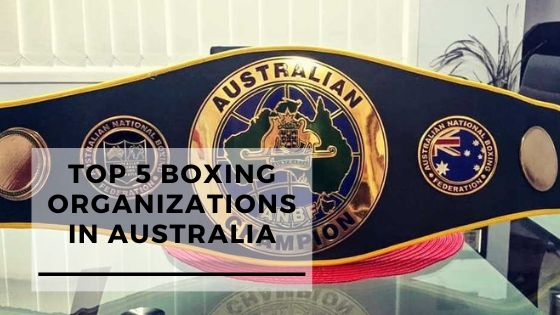 Boxing is an emerging sport in the continent of Australia. Fighters such as George Kambosos Jr. are leading a revolution in Australian Boxing.

Let’s take a look at the 5 best promoters coming out of Australia.

J.N.I is an emerging promoter that hosts MMA and boxing events around Australia.

The Australian National Boxing Federation(ANBF) is the national body of governance for Australian Boxing.

As a national body, ANBF looks to support Australian boxing by sanctioning the Australian Championship and compiling official rankings.

They are looking to support all industry participants such as trainers, corporate sponsors and grassroots programs for developing the sport of boxing.

Jamie Myer is a former professional boxer with a winning record of 14 wins and 6 losses.

After the conclusion of his professional career, he saw an opportunity to grow the sport as a promoter, and that resulted in the creation of Jamie Myer Productions.

Since 1991, Jamie Myer Productions has hosted 100s of events in the heart of Queensland.

His promotion extends to hosting events and charity dinners that aren’t boxing related.

Ace Boxing Group was founded by Angelo Di Carlo in 2001.

Their early history was focusing on developing amateur boxing in Australia.

Over the year, they have shifted their attention to professional boxing in Australia.

Ace Boxing Group has done this by hosting competitive boxing matches between highly-skilled boxers from all over the world.

Events are available to watch on BeInSports Australia.

Located in New South Wales, No Limit Boxing is the leading boxing promotion company in Australia.

Led by a powerhouse trio of Rose brothers, No Limit seeks to restore boxing as the no.1 sport in Australia.

They do this by providing the best boxing entertainment in the land, showcasing the best fighters that Australia has to offer. This is seen as they recently signed a deal with Fox Sports Australia that secured exclusive broadcast rights for boxing events in Australia.

No Limit also focuses on uplifting the Aboriginal community by supporting the National Indigenous Rugby League (NIRL) and indigenous fighters.