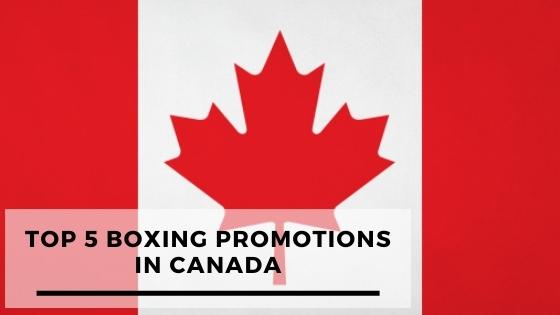 1. Eye of the Tiger Management

Located in the Montreal QC, Eye of the Tiger Management (EOTTM) has been committed from its founding in 2008 to recruiting the best promising talent.

Providing them with the tools and support they need to be successful, and generating chances that will allow them to reach the pinnacles of their respective fields.

Hard work, commitment, and determination best describe the efforts of Eye of the Tiger Management.

They put in the same amount of effort and determination as their athletes do on the field or in the ring to attain perfection.

With a revenue of over $5 million, EOTTM stands at the top with 86 k followers on social media.

Since its inception in 2004, Groupe Yvon Michel (GYM) stands in the second position on social media with approximately 65 k followers.

The headquarter of the GYM is in Montreal QC.

Yvon Michel, Alexandra Croft, and Bernard Barré founded GYM, and the trio is still actively involved in the organization, which is the most successful in the history of professional boxing in Canada.

GYM has organized 154 galas in Quebec and 35 international galas since its inception.

This has ensured a remarkable broadcast of the local talent in Quebec.

With the primary goal of developing professional boxing in the province of Ontario, Canada, United Boxing Promotions was founded in 2010.

Since then, the group has built itself as a prestigious promotional company that is recognized throughout the world in the sport of professional boxing.

UBP has a growing audience of more than 20k on social media.

They are aimed to keep the sport growing in Ontario by providing aid to other start-up promotional organizations as well as support for the Amateur boxing programs.

Incorporated in 2016, TLP’s mission is to promote all professional athletes and produce global champions quickly.

They are always searching for fresh and creative ways to advance the fighters’ careers.

TLP’s continuous efforts and events to highlight the athletes are critical to their development.

Since its inception in 2012, LBP is focused on assisting boxers in all aspects of their careers.

From training and preparation to contract negotiations and health care to marketing and endorsements as well as financial planning and guidance for those who choose to pursue jobs outside of boxing.

As a boxing promoter, Lee Baxter Promotions focuses on finding, developing, and guiding the greatest fighters possible to their next level of success.