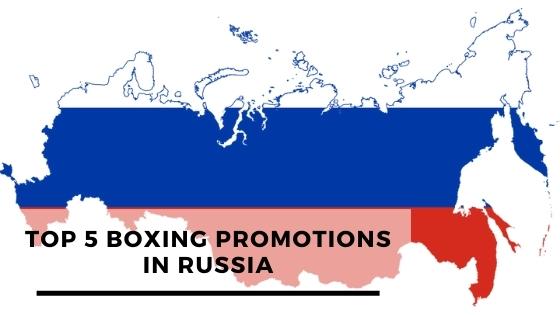 Located in Moscow, the Russian Boxing Federation is the regulatory body for both Olympic-style boxing and professional boxing in the country.

The Federation was established on February 1, 1992, following the breakup of the Soviet Union Amateur Boxing Federation.

RBF is a member of the AIBA as well as the EUBC.

116 thousand of them are young aspiring boxers.

In November 2016, the Russian Copper Company launched RCC Boxing Promotions, a boxing promotion based in the Ural Mountains.

The company’s headquarters are in the Russian city of Yekaterinburg.

The RCC Boxing professional boxing squad currently consists of 16 boxers who compete on a professional level.

Tournaments are almost exclusively hosted in Yekaterinburg and Chelyabinsk.

The promotion looks for emerging talent at local events held at the RCC Martial Arts Academy.

The International Federation of Mixed Martial Arts is situated in Moscow, Russia.

The organization is founded by Vlad Hrunov.

It encompasses all of the most exciting aspects of mixed-style fighting that fans of the sport like.

The battle takes place in a customized WTKF ring, which lets you observe the fight from all sides, as opposed to a cage.

So far, the World Total Kombat Federation has hosted 12 events and presided over 42 matches.

Shamo Boxing Promotions is one of the growing boxing promotion platforms in Moscow, Russia.

Having over 3k followers on social media, it is the 4th most followed boxing promotion in Russia.

To date, Shamo Boxing Promotions has hosted 1 event and presided over 1 match.

In 2000, the promotional business YUKA Boxing established itself as a pioneer in the organization of professional boxing events in Moscow.

The company has become a leading platform for young talent to pursue their careers in this sport.

Yuka Promotions has held a significant number of events with “Kings of Knockouts – 8” as its main event.