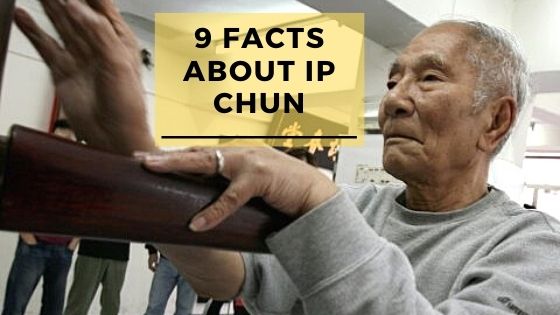 In this article, you will find facts that you might have never known before about the life of Ip Chun, the eldest son of the legendary Ip Man.

We have made sure to avoid already known information that you may find everywhere online such as his birthdate, birthplace, etc.

We made sure to dig deep into his old interview films and interviews of his peers so we can come up with the rarest facts on his life.

Without further ado, let’s get directly to the facts!

Yes! How come the son of Ip Man didn’t train Wing Chun seriously until the age of 38?

Ip Chun spoke openly about that in one of his interviews, he said that when he was a child, he was seeing his father Ip Man training students at his home, but Wing Chun never got into his heart.

He attended his father’s classes for a while, but he quickly quit.

His father Ip Man was an openminded father, he didn’t push Wing Chun down his children’s throats, instead, he let them free to decide whatever they wanted to do with their own lives.

In 1962 at the age of 38, Ip Chun decided to leave his job as an art teacher in Foshan, China, and decided to join his father Ip Man in Hong Kong.

In Hong Kong, Ip Chun worked as an accountant and newspaper reporter during the day and trained Wing Chun under his father’s tutelage at night.

That’s when Ip Chun started to take on his father’s legacy, he helped expand the movement around the World by co-founding The Ving Tsun Athletic Association.

2. Ip Chun has never missed a day of class in 21 years

At the age of 96 years old (at the time this article was written), Ip Chun is showing no sign of slowing down.

At this age, Ip Chun is still teaching Wing Chun at the Ving Tsun Athletic Association (yes it is spelled Ving with a “v” and “Tsun” instead of “Chun” ) in Hong Kong where his father Ip Man used to teach.

He doesn’t take vacations and doesn’t miss any class, many of his students talked about his dedication and love for Wing Chun.

3. The full lineage of Ip Chun

4. He has never been in a street fight

It may sound weird to some people who are not well introduced to the spirit of martial arts.

A well-rounded martial artist who knows that he can inflict a lot of damage will always avoid trouble, that’s why you will rarely see a high-caliber martial artist getting into a street fight.

Ip Chun has been smoking pipe during his whole life, there are documented interviews of him smoking when he was young and other recent videos on youtube where he kept the same habit.

According to him, this habit didn’t affect his health, it probably even contributed to his longevity by helping him relax and relieve stress and anxiety.

6. He has no intention to retire

The man is in his late 90s and isn’t slowing down a bit!

He said in an interview with Bloomberg QuickTake News that he doesn’t want to retire any time soon and that he wants to keep teaching Wing Chun until the day he can’t do it anymore.

Dedication at its finest!

7. He was featured in big movies

Talking about a multitalented man!

Let alone his job as a consultant for several Wing Chun movies including the famous movie Ip Man where Donnie Yen portrayed the role of the legendary Ip Man.

8. The Wing Chun community gives him credit for expanding Wing Chun around the Globe

It’s true that Ip Chun’s name will always be shadowed by his father’s name Ip Man.

But to each their own role, Ip Man was the one who took Wing Chun to another level and came up with new paradigms and theories, but Ip Man died in 1972 in a period where Wing Chun was only known in China and parts of Asia.

He then traveled the world to give seminars and spread the art, he also sent his disciples to Europe and the Americas to create affiliate associations where the art of Wing Chun was taught properly.

He was a strategist and a genius marketer of his father’s heritage.

Ip Man left a big legacy, and his son Ip Chun was up for the task of spreading it and letting it be known.

The beef between those two is not a recent one, Ip Man’s student and direct disciple Leung Ting has been very vocal about it for years.

On the other hand, Ip Chun says that Leung Ting’s claim is false and that he is the one who taught Leung Ting many Wing Chun techniques.

This photo was presented by Leung Ting in a public press conference as tangible evidence that he was a direct student of Ip Man.

The public press conference was held as a response to the allegations of his rival Ip Chun.

This beef escalated even more after the release of the first film of the Ip Man saga.

This clash resulted in a lawsuit for defamation by Leung Ting, the lawsuit hasn’t been resolved yet.