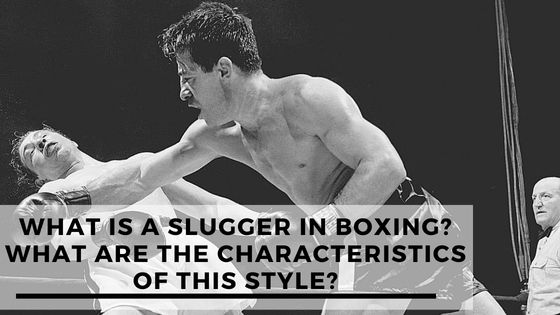 Since the inception of boxing, different boxers have come and gone with their characteristic style of boxing, with different styles or techniques holding slight advantages over the other.

One such fighting style in boxing is slugging.

There are several fighting styles in the boxing world; four of such styles reign supreme.

These four boxing styles are generally accepted and are used in defining different boxers.

The four generally accepted classification of boxers based on fighting styles is; the swarmer, the slugger, the out-boxer and the boxer-puncher.

Our focus is on the slugger type of boxer.

A slugger is often described as a boxer that represents everything brutal in boxing.

They are described with words like brawler or puncher and are known for devastating punches.

The slugger style revolves around developing hard and powerful punches that can knock out an opponent.

This style is rarely concerned with elegant boxing or footwork or dancing around the ring to wear-out opponents.

Sluggers train hard and focus more on a single aspect of their game, which is to deliver brutal, raw punches.

Each style has its stand-out characteristics, some of the features of sluggers in boxing are:

1. They possess a powerfully-built body type

Since this style focuses on brute force, boxers that embrace this style tend to be powerfully built with thicker bodies and stronger chins.

They achieve this body type either naturally or by engaging in rigorous physical training routines.

2. They move around less in the boxing ring

Sluggers aim to land knockout blows; as such, they stay close to their opponents in anticipation of an opportunity to deliver a deadly punch.

The focus of sluggers is on their punch; they commit all their resources to this one goal – to deliver a deadly punch.

This is further aided by their physical strength and aggressiveness.

4. They concentrate less on footwork

This is because sluggers pay less attention to acquiring fancy footwork and they naturally move around less.

2. Their fights don’t last long as their focus is to knock out their opponents with heavy punches.

3. Sluggers in boxing spend less time training for other techniques and focus on just powerful punches.

4. They have bigger and stronger body types.

5. They throw fewer punches; as such, they conserve more energy.