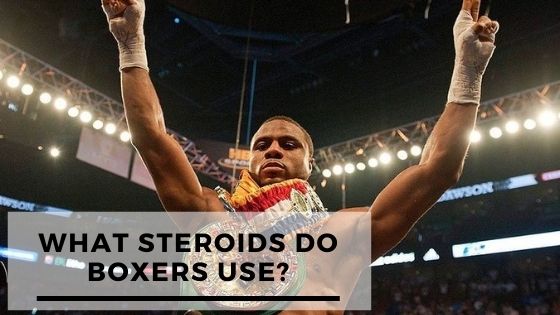 Boxing is one sport that requires a lot of physical strength; it pushes the human body to its limits.

In trying to cope with the physical need of boxing, boxers use steroids as performance inhibitors.

These steroids come in different forms with varying usage.

Most boxers deny taking these steroids when tested positive, some of them blame it on their food supplements.

Well, we can’t know for sure, one sure thing is that they mostly get fined and suspended after positive test results.

We will take a look into the world of steroids and the effect these steroids have on boxers.

Steroids are synthetic chemicals that mimic the effect of naturally-existing hormones in the body.

They work like the naturally-existing hormones, but at higher levels and efficiency.

There are lots of steroids on the market; they all have their specific use and effect on the body.

This article will focus on a group of steroids called Anabolic steroids (muscle building steroids); this is because of their wide use among boxers.

Anabolic steroids are sometimes called androgenic steroids, and they are synthetic derivatives of testosterone – the hormone in the body responsible for strength and aggressiveness.

They act as performance-enhancing drugs (PED).

This article will also touch on the usage of Erythropoietin, which is widely used among boxers. It is commonly referred to as EPO.

Some of the most common types of anabolic steroids include:

Stanozolol is one of the most effective steroids on the market; it is an anabolic steroid which is commonly sold under the name, Winstrol.

It is known for its ability to increase the rate of protein synthesis, this leads to a significant increase in muscle mass and the ability to recover quickly from rounds of strenuous exercises.

Case of boxers who have tested positive for stanozolol

One notable case of stanozolol use is that of American-born professional boxer, Fernando Vargas, who tested positive for Stanozolol after his fight on September 14, 2002.

Following the positive result, he was fined and suspended for nine months.

Side Effects of stanozolol

Every steroid has its characteristic side effect, same side effects occur in several steroids.

These side effects range from mild to severe.

Stanozolol is known to have numerous side effects, some of which are:

Dromostalone, a synthetically-produced anabolic steroid, is often used by boxers for its bodybuilding abilities.

It is known to aid the retention of Nitrogen, Potassium and Phosphorus; this results in increased protein anabolism – which is the buildup of protein from Amino acids. This increase in protein anabolism enhances the hardness and density of the muscle.

Cases of boxers that have tested positive for dromostanolone

One of the most recent cases of dromostanolone use is that of Canadian-born boxer, Jean-Thenistor Pascal, whose test result came back positive for dromostanolone in May of 2021.

What are the side effects of Dromostanolone?

Some of the side effects include:

Boldenone is a well-known steroid within the bodybuilding circle.

It is known to provide increased growth of muscle mass.

Unlike other steroids, boldenone acts slowly and steadily.

Boldenone is also known to cause an increase in appetite and does not lead to water retention.

Cases of boxers that have tested positive for boldenone

His test result came back negative with boldenone and stanozolol after his match against Danny Batchelder.

A funny twist is that his opponent, Batchelder, also tested positive for other steroids – stanozolol and oxandrolone.

After all, it was a fair match, because both boxers were on steroids.

James Toney had previously been suspended for 90 days in 2005 for this same steroid, well, you can take the steroid out of the boy, but you cannot take the boy out of the steroid.

Side effects of Boldenone

EPO wears the crown as the most popular performance-enhancing drug (PED), owing to its advantages over other PEDs and steroids.

EPO is naturally found in minute quantities in the kidneys; they make the bone marrow produce more red blood cells in the body.

Hemoglobin transports oxygen from the lungs to various parts of the body.

Now imagine if we increase the quantity of EPO in the bone marrow, this will lead to an increase in red blood cells and invariably lead to more supply of oxygen to the body.

Consequently, more EPO in the body will lead to an increase in Endurance and aerobic capacity.

One advantage of EPO is its sneakiness, this makes it difficult and complex to detect; the test for it is expensive.

You can see why it is popular among performance-enhancing drugs.

Side effects of EPO

Cases of boxers that have been tested for EPO

One high profile case in the use of EPO was that of former American professional boxer, Shane Mosley.

He was often known as “sugar”.

Shane Mosley admitted to using erythropoietin (EPO) in 2003 before a court hearing, and the documents of this court hearing were not released to the public until 2008.