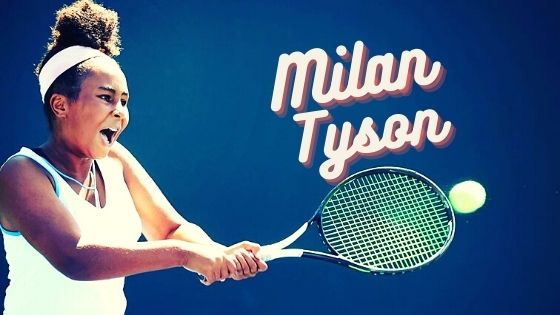 In this post, you will find the best photos of Mike Tyson’s daughter Milan Tyson, alongside videos of her training routine.

Milan Tyson is a rising tennis star, she has been training tennis since she was 3 years old.

Many interviews have been conducted with Milan alongside her dad, and the little girl is not shy about what she wants to become when she grows up, a world-class Tennis champions.

Milan Tyson has expressed in many occasions that she is a huge fan of:

In addition to being a rising tennis star, Milan is also learning the basics of boxing from her father

Milan beating her dad in Tennis