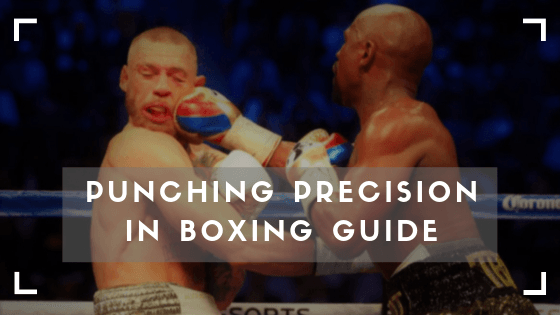 Floyd Mayweather is the most efficient boxer of all-time. Why am I starting this blog post with him? How is it relatable? Well, it is and when it comes to precision, he is the greatest of all time. Sounds like a turn-off?

Well, that’s okay because according to CompuBox, Floyd is twice as efficient as any other boxer in the current generation. His accuracy ratio outperforms every boxer in sport’s history. So, while you might love Iron Mike Tyson, Sugar Ray Robinson or the Great Muhammad Ali, Floyd has all the reasons to stay unimpressed when pundits and boxing enthusiasts when they don’t consider him in the Top 3. 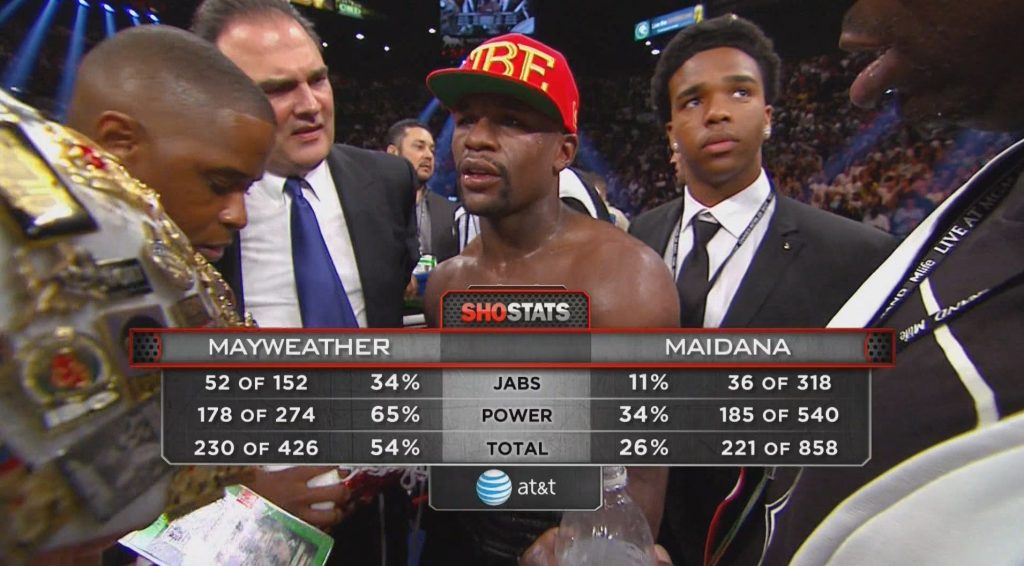 Great boxers’ biggest strength is their ability to strike with precision. What is precision? Dictionary describes it as the quality or condition of being accurate. Precision in boxing refers to the timing and accuracy of a punch. With timing and accuracy, you can unlock the sturdiest of defense.

When you throw punches with accuracy and at the right time, you’ll connect with your opponent. Precision punching in boxing emphasizes on landing the right punch instead of focusing on the volume. Defense alone is not good enough to cut it in boxing and similarly throwing volume of punches in great speed or power isn’t enough either. It’s better to have a small portion of all of this and more precision as it will make your effort count.

Understanding the role of timing in precision punching

Timing is the exact movement where you try to connect with your opponent. For instance, let’s take up cricket or baseball as an example. When you swing the bat, you have to make sure the timing is correct. What happens when the timing’s wrong? You miss the chance and might lose the opportunity. Thus, you can’t swing too early to too late in this regard.

Boxing is the same, you have to strike at the perfect moment to catch your opponent. If you mistime your punch, you’ll deviate the force and miss your target. Even if you connect, your punch won’t have a lasting impact. Thus, the timing makes a major difference.

Understanding the role of accuracy in precision punching

Though accuracy and precision are often used in the same wavelength, these two terms are different from one another. Accuracy is knowing when to strike and from which angle to strike to hit perfectly. Whether you’re aiming to land a hook, straight or uppercut, you need to have your angles set before you apply power and speed. Accuracy is a combination of angles + power, speed, and proper impact.

How to Improve timing and accuracy for your punches?

The best part is that you can always improve. Yes, you have the volume but would like to improve the timing and accuracy. The good news is that you can, with a considerable amount of practice. You can significantly improve your punching precision. You need to work on your mental agility along with the ability to land accurate punches.

You can improve by doing a double-end bag and speedbag drills. The reason why this equipment is perfect for precision training is that they are geared towards improving the advanced level boxing skills. For instance, if you hit a double-end bag right when it’s edging closer to you, you’ll be able to connect better without force. With this equipment, you’ll learn how to use your opponent’s momentum against him/her. Another example is that if the bag is moving in the opposite direction, regardless of how much force you apply, the impact will be less as the target is moving away, which takes the power away.

When you practice with a speed bag or a double-end bag, you have to get the timing right irrespective of the power and endurance you possess. If you do not time your punches well, they aren’t going to be effective. Getting the accuracy right is a culmination of having a sharp mind along with sharp eye and excellent movement.

Sparring against a moving partner is a perfect way to test your skills. It’s an advantage as you have to adjust and get the timing right against a moving fighter. The reason why it’s more beneficial than speed-bag and mitts is that you can’t control the outcome whereas when you hit a bag, you can determine where it’s going to go. Thus, gauging your punches becomes a challenging task as you have to set up different angles and work your opponent’s head, body or elbows. Moreover, over a period you’ll spar against different kinds of boxers with a varied game plan. Thus, you’ll have to switch your gear and manipulate your strikes based upon numerous factors.

It’s crazy how most of the precision punching is dependent upon understanding your opponent. With that said, you’ve to master the art of creating spaces. Every fighter is different and thus your strategy to create angles will differ too. One thing which is the same is the understanding of distance. While you’ve to work really hard to master space creation, understanding the distance and playing it your advantage is instinct-based. This is one of the primary reasons why experience boxers with less volume and energy are able to floor young, energetic fighters with more volume and power.

In our Lomachenko tutorial, we’ve extensively studied how Loma gets into certain areas to put himself in an advantageous position. That’s something your opponent has a hard time dealing with. Experienced fighters like him make the life of energetic boxers very difficult. Not only is he a clever fighter to interprets distance well but he is explosive as well, which makes him a nightmare for any opponent.

In boxing, you can see counterpunchers often striking their opponent with precision. Boxers such as Floyd Mayweather, Manny Pacquiao, Gennady Golovkin and Vitali Klitschko are known for their precision. Though not everyone is a counterpuncher, their ability to land definitive strikes makes all the difference. Top fighters have the ability to understand their opponent’s rhythm and they use their momentum to land maximum impact without using much force. For instance, how to catch an opponent who switches stances or the one who charges at you at the start of every round.

A perfect non-boxing example for this point would be Jose Aldo vs Conor McGregor. Jose went in charging on Conor while Conor was all calm. What happened? Both of them punched each other simultaneously but Aldo was flat and Conor wasn’t. Why? Because Aldo ran himself into McGregor’s punch. And all of this was possible because McGregor was able to read Aldo. Another significant example of timing can also be seen in the flying knee used by Jorge Masvidal against Ben Askren.

For beginners who are just starting their journey, the tennis ball drill is a great way to improve your vision. Keeping your sights set on the target is extremely crucial and with this drill, you’d be able to track your target. To do this drill, all you need is a tennis ball. Simply bounce the ball with your left land and try to catch with the right and vice-versa. To make it more challenging, start throwing jabs, cross, and hooks as you catch the ball.

You can even practice the drill with a partner as he/she can make the task more challenging. Herein, when you bounce the ball, your partner throws the punches post the catch and vice-versa.

Watch an amateur boxer and an older pro boxer, you’d see how the strategy for both these boxers are miles apart. Professional experienced boxers spend more time with double-end bags and speedbag as compared to the heavy bags.

When you see them in action, you’ll see a young boxer throwing up to 100 punches in a single round whereas the experienced pros only aim for 50-60. Even with just this volume, they’re not only able to control their younger counterparts but they are able to dictate the pace of the match throughout the 12 Rounds. So, what’s really different, you may ask? Their vision, their understanding, and experience which enables them to focus on precision striking and not volumes.

I understood one thing after watching numerous bouts that “An experienced boxer can overcome a fierce, fast and stronger amateur with the help of an active defense and punching accuracy. Even if he’s slow and less on energy, he can still defeat his opponent.”

The Art of Precision Punching in Boxing

Precision punching allows you to create your own openings rather than waiting for an opening to appear. This allows you to run the proceedings at your own pace. Remember, it’s not just about throwing hard punches. At the top level, the minutest of mistakes makes a major difference. Practicing this art will elevate your skills and allow you to throw accurate punches.

Keeping Floyd aside, in any MMA, precision is one of the most underrated aspects often compromised for power and speed. But as McGregor said, precision beats power all day. Adesanya’s post-match comments after his victory against Robert Whittaker also saw him stress on the importance of precision in punching. As per him, everyone has the power and speed but not everyone has precision.

Most of the aspects of accurate punching has also been covered in our power punching blog. Make sure to check that out. Even in that blog, I specified the importance of precision in punching several times as without that, you’re just wasting your energy. Without timing and accuracy, you’re deploying force which consumes energy and you’re just gassing out. On the other hand, when you throw precise punches, you can throw calculated but effective punches which can really make a difference.