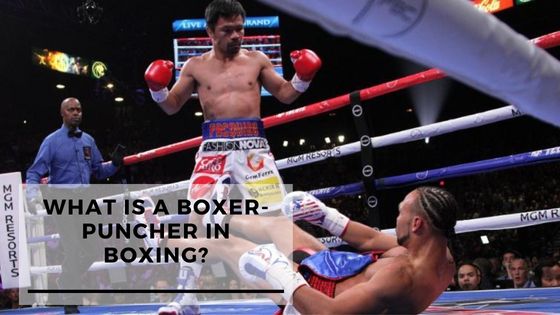 Boxing as a sport has been around for a long time and over the years, evolution has occurred from rules to techniques to fighting styles.

One such change is the fighting styles of boxers. These styles are specific from one boxer to another, and a boxer is defined by the style with which he fights.

Some of these styles are intentionally learned, while some come naturally.

Every style has its distinct characteristic and advantage over the others.

There are majorly five styles in boxing:

This article will focus on the boxer-puncher style of fighting and highlight the characteristics, advantages, and boxers who embody the style.

What is a boxer-puncher?

This is the most dynamic style of boxing. It can be regarded as the combination of the other styles of boxing into one. A boxer-puncher can in instances be mistaken to be a slugger because they employ the punching power of a slugger.

A slugger possesses devastating blows that knock opponents out, a boxer-puncher employs this technique of the slugger; however, they have better defense and accuracy than a slugger.

At other times, boxer-punchers employ the hand speed and counter-punching skills of an out-boxer; although, they do not possess as much mobility as the out-boxer.

Boxer-punchers also try to overwhelm their opponents, just like the swarmer. They apply constant pressure against their opponent aggressively and relentlessly.

What are the characteristics of a boxer-puncher?

Some of the key features of a boxer-puncher are:

This style of fighting can only be chosen by boxers with the ideal body requirement. A boxer needs enough muscle strength to perfectly launch the boxer-puncher style and enough stamina to see off matches.

The boxer-puncher style requires that a boxer spends more in training. Unlike other fighting styles that require the knowledge and use of a particular technique, a boxer-puncher undergoes special training to master the different techniques of the major boxing styles – from speed to power to stamina to footwork.

What are the advantages of the boxer-puncher style?

Some of the great boxer-punchers