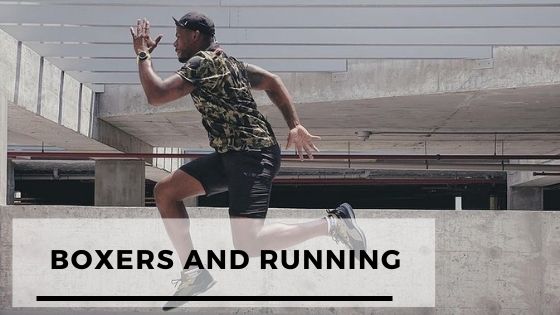 Since the inception of boxing as a sport in 1681, roadwork has been the most important factor in any boxer’s training regime, and why wouldn’t it?

Running, whether it’s sprinting or long-distance running targets a wide range of any boxer’s attributes and skillset.

This is why we’ll be looking at some of the forms of roadwork boxers go through, their advantages, and how often they should engage in them.

Running for boxers could be in various forms and facets, each of which has its specific part of the human physique that it works on.

Long-distance running, or marathons is arguably the most effective form of roadwork for a boxer.

This is because it targets the most essential part of a boxer’s skillset; which is cardio.

To put this into some context, Floyd Mayweather runs 7-8 miles daily, this is one of the reasons why he always seems to be in top shape in the latter rounds of a fight.

The second form of running important for boxers is sprinting.

If you’ve ever watched a boxing fight, there is always a period during rounds where either or both fighter explodes for a certain period of time.

This is a result of sprinting.

A fighter’s ability to maintain enough activity in a given timeframe largely depends on the number of hours he/she has spent sprinting short distances.

Another type is the treadmill running; while it may not necessarily give you the same level of productivity that the aforementioned two can give.

It certainly acts as a much safer alternative, especially if it’s close to a fight or the boxer is trying to nurse an injury.

Now that we’ve briefly examined some of the forms of roadwork that boxers go through, let us take a look at the advantages.

2. Advantages of Roadwork for Boxers

Given that we’ve gone through a similar topic in detail in a previous article, we shall only take a brief look.

It’s no surprise that the more you make use of something, the fitter and stronger that thing gets, and it’s the same with running.

Running helps build stronger quadriceps, which are crucial for any boxer in a fight.

Perhaps the most important reason why boxers run.

No other aerobic exercise can give the level of endurance a boxer running can; and given that they have to go 12 rounds, it becomes a necessity.

This is particularly attributed to sprinting and treadmill running, taking short bursts of high intensity running.

Followed by slow jugging will be beneficial for a boxer, given that boxing fights are usually in spurts.

4. How often should Boxers run?

Each Boxer has a specific and particular way in which he/she handles their roadwork, but ideally, you should run 5 miles, 3 to 4 times a week.

This average would help maximise the benefits that are accrued to running, and at the same time, minimise the potential downsides from overrunning.

While roadwork is highly effective for building endurance and stronger legs, you certainly don’t want to be overdoing It.

This is because regardless of the benefits that it generates.

If not done efficiently, it could have negative effects.

There have been many reports that running could have a long term damaging effect on the knee of the fighter.

This is why some reports have favoured swimming as a better aerobic exercise.

To achieve maximum benefit from running, it needs to be done adequately and efficiently.