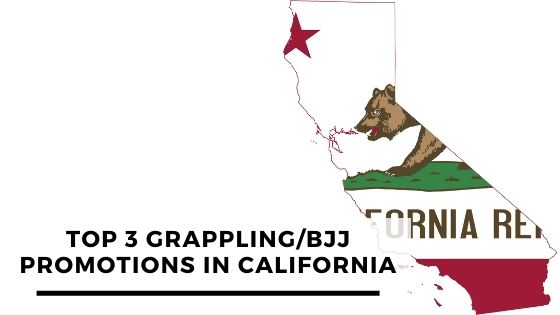 The 3 Best Grappling/BJJ Organizations in California.

California has some of the best Brazilian Jiu-Jitsu (BJJ) and grappling organizations in the world.

Here are three that stand out:

Let’s take a more in-depth look at each one.

However, that wasn’t appreciated by the UFC. Hence, they shifted their focus, becoming one of the biggest fighting promotions in the California state.

Furthermore, with over 12K followers on Instagram, they are one of the hottest promotions in California.

Their upcoming event will be held at Visalia Convention Center, Visalia, CA, on May 21st.

This will be the 87th instalment of the 559 Fights, and it looks to be another spectacular event.

Founded in 2014, The Eddie Bravo Invitational was a 16-man no-gi submission-only tournament with a winner-takes-all prize of $10,000.

The first event was held in Los Angeles, California, and it was a huge success.

It drew in some of the best BJJ competitors in the world, and it was an excellent showcase of the sport.

Eddie Bravo has continued to hold these invitational tournaments, and they have become some of the most anticipated BJJ events in the world.

In 2022, Eddie Bravo announced his return after growing ‘Combat Jui-Jitsu’ to put on EBI 19. The event was held on March 14th.

All the videos are available on the UFC Fight Pass.

They have several shows throughout the year and feature some of the best local talents in the state.

Their upcoming event will be held at The Wakehouse, Reedley, CA, on May 28th.

This will be their 8th event, and it is sure to be a great night of action-packed fights.