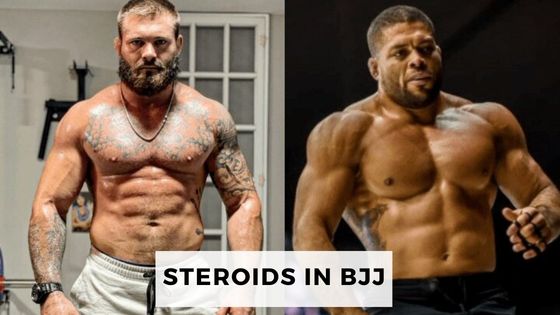 Unlike MMA, where doping is heavily monitored, Brazilian Jiu Jitsu and submission grappling are not all. The top BJJ and grappling organizations don’t have effective doping programs as the UFC does with its USADA program.

Take ADCC as an example, as big as the organization is, it has no anti-doping program. The BJJ fan base was shocked during ADCC 2022 when they saw the superfight between Andre Galvao and Gordon Ryan.

The two BJJ moguls were obviously on PEDs, their over-muscled bodies raised a lot of suspicion within the BJJ community.

Gordon Ryan’s transformation from an emaciated body of 163 lbs to a Super Saiyan body of 232 lbs raised a lot of eyebrows.

Obviously, a big part of the transformation is due to the fact that his body grew up due to his age, but also, the muscles that he packed throughout the years don’t have a natural look.

The size, the vascularity, the shoulder roundness, the low body fat percentage, etc. All these are big signs of PED use!

Is there any BJJ organization testing for PEDs?

The only BJJ organization that tests its athletes for PEDs is IBJJF.

But their testing is not that effective, since they test only a few winners of the games on the day of the competition.

It is well-known that testing athletes only on the day of the competition is not effective at all since there are a lot of substances that could be taken to mask the PEDs.

What truly works is all-year-round testing, where fighters are tested randomly all throughout the year. Kind of what the UFC does with its fighters through USADA.

But testing fighters all year round requires a lot of resources, which BJJ organizations simply don’t have because BJJ is still not a sport that draws a lot of eyeballs and therefore a lot of money.

It is worth mentioning that PEDs are more used in the heavier categories, where athletes attempt to win open weight tournaments.

Lower-weight athletes are usually more technical and tend to focus more on technique and strategy rather than just on brute force.