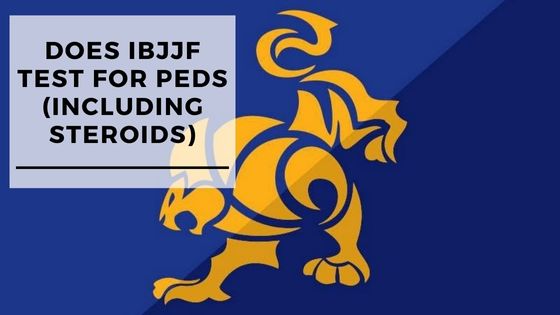 The only problem with the IBJJF doping tests is that they are all conducted on the day of the competition, which makes it easy for athletes to pass even if they are doping.

That is why there is currently a plague of steroids in the world of Brazilian jiu jitsu, the majority of BJJ athletes are using some sort of performance enhancer.

Why is it easy for BJJ athletes to pass IBJJF anti-doping tests even if they are doping?

The IBJJF anti-doping tests are not effective simply because they are not conducted randomly all year round and are conducted only on competition day.

The UFC for example has a powerful agreement with USADA to test athletes randomly, any day of the year.

All athletes have to inform USADA of their whereabouts using a special USADA app on their phones.

This is the only way IBJJF can catch cheaters!

Why IBJJF can’t do random testing all year round?

The reason is simple, testing athletes all year round on a random basis requires gigantic financial resources, and IBJJF simply doesn’t have that.

The sport of Brazilian jiu jitsu is still not at that level where it can draw lots of eyeballs worldwide to attract big sponsors and therefore make loads of money.

Famous BJJ athletes who were caught doping by IBJJF

As a result, IBJJF stripped Pena of his title. Also, he accepted a one-year period of ineligibility from IBJJF competition.

Braulio Estima tested positive for methylhexaneamine. He accepted a two-year sanction for his doping offense.